Back to Parent Page
HomeArticlesTreating Cognitive Decline in HIV Patients 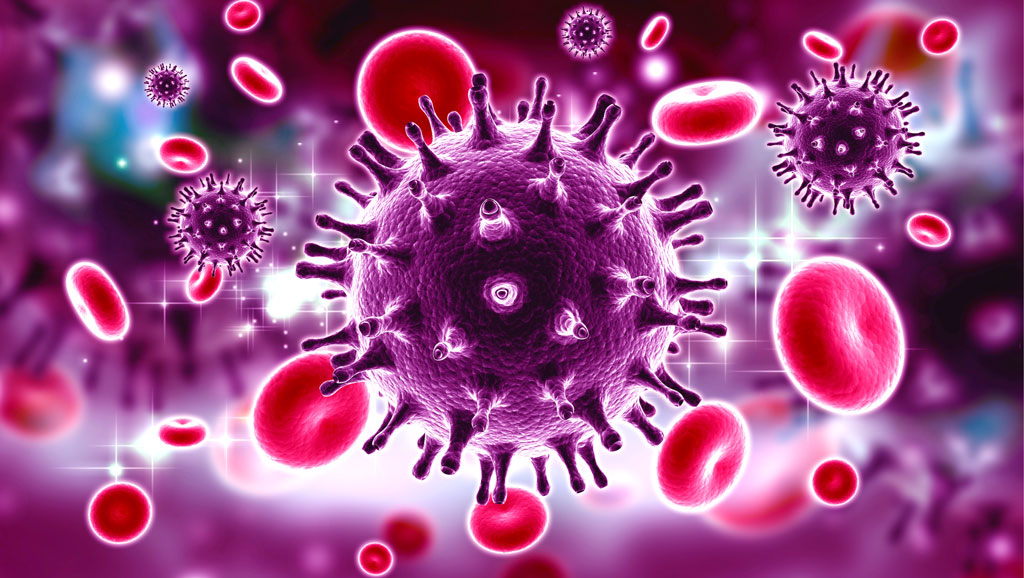 Human immunodeficiency virus (HIV) is thought of primarily as a disease agent that decimates the immune system, making it harder for the patient’s body to fight off other diseases and infections. As the disease progresses, it also causes neurological complications, leading to problems with mood and impairments in cognitive functions such as memory and decision-making, collectively termed HIV-associated neurocognitive disorders.

HIV-associated neurocognitive disorders were first reported more than30 years ago, and provided early clues about interactions between the nervous and immune systems, an area of study which has grown hugely over the past decade. These disorders can affect patients’ quality of life and even shorten their lifespan, but can be difficult to spot during a short outpatient visit, so they are sometimes neglected in the clinic and remain under-treated. Diagnosis is further complicated by the lack of definitive markers, and there is still some controversy over just how prevalent these symptoms are. Recent advances in diagnosis and treatment methods raise the possibility of diagnosing these disorders more accurately, of distinguishing them from other types of cognitive impairment, and of treating them better.

HIV in the brain

HIV infiltrates the brain as early as four months after initial infection, probably using a ‘Trojan horse’ mechanism, crossing the blood-brain barrier inside immune cells called monocytes. Once inside, the virus targets subcortical structures such as the striatum, and primarily infects microglia, replicating inside them to acquire genetic mutations independently of the viral particles circulating in the bloodstream. Infection often leads to cell death; microglia are the brain’s resident immune cells, so their death could be a major factor in the development of HIV-associated dementia, as it renders the brain vulnerable to opportunistic infections. Persistent, untreated HIV infection leads to AIDS dementia complex, with impairments in memory and certain other cognitive functions as well as motor symptoms such as tremor, muscle weakness, and loss of fine motor coordination.

The brain therefore acts as both a reservoir and a sanctuary for the AIDS virus, a place where it can replicate and evolve some resistance to the drugs being used to treat it. Consequently, there is the added risk that these mutated particles will re-infect the body after it has been cleared of the virus that initially infected it: A “cure” would therefore entail not only eliminating the viral particles circulating in the bloodstream, but also eliminating mutated particles from the brain and other reservoirs.

Until the late 1980s, nearly half of all patients diagnosed with HIV would go on to develop full-blown dementia. Antiretroviral therapies introduced in the mid-1990s could effectively suppress the virus, however, and dramatically reduced the incidence of HIV-associated dementia to just 2–4 percent of patients. Nevertheless, mild to moderate forms of cognitive impairment remain common, occurring in around half of HIV patients, often in association with neuropsychiatric complications, including delirium and depression.

“In the United States and Great Britain, a lot of HIV-positive patients are getting older with the disease, and we see that more than half of our patients are above the age of 50,” says Beau Ances, an assistant professor of neurology at the Washington University School of Medicine in St. Louis. “When a patient comes in, one of the first things we do is genotype them, [so that] we know which medications will or will not work, and so we can tailor the meds to them.”

The dramatic increase in life expectancy brought about by the introduction of antiretroviral drug treatments has its downside, however. “As patients get older, the questions they ask me include: “Am I going to develop Alzheimer’s disease or have other thinking problems?” says Ances. “How are we going to distinguish these disorders? How much [of a patient’s cognitive impairment] is due to HIV, how much to vascular problems, and how much to Alzheimer’s? Or is it a combination of them?” These are some of the questions facing clinicians when they deal with older HIV+ patients, and the situation is complicated yet further  by the fact that most patients have an infectious disease specialist — rather than a neurologist — as their primary care physician.

While HIV affects more than 1 million people in the U.S., the vast majority of HIV-positive patients are in parts of the world, such as sub-Saharan Africa, where there is less access to healthcare and fewer treatment options. “It’s a very different scenario in places where patients aren’t started on antiretrovirals early on,” says Ances. “In these parts of the world, HIV is [still] one of the leading causes of dementia.”

The role of neuroimaging

Neuroimaging techniques offer fresh insights into the neurological effects of HIV infection, and various studies show that infection is associated with structural brain changes such as decreases in grey matter volume and total brain volume. A recent diffusion tensor imaging study revealed white matter abnormalities that may signal viral replication sites in the brain, and a new study co-authored by Ances shows that early treatment with antiretroviral drugs may minimize the extent of brain injury caused by the virus. Together, these findings suggest that neuroimaging could be helpful not only for diagnosis and monitoring disease progression, but also to evaluate the effectiveness of drug treatments.

“There are a number of neuroimaging markers that are potentially beneficial,” says Ances. “Using MRI, we can see that certain subcortical brain areas, such as the striatum, seem to be affected more by HIV than by Alzheimer’s. We’ve also looked at white matter fiber tracts, and found that their connections to the front of the brain are also more affected [by the virus].”

Identifying the neurological “signatures” of HIV infection, and distinguishing them from those associated with Alzheimer’s and other forms of dementia, would undoubtedly help clinicians diagnose HIV-related troubles more accurately and treat them more effectively. “The goal is to use a brain scan to determine if a patient’s symptoms are related to HIV, or to Alzheimer’s, or a combination of both,” says Ances. “If we can determine which brain networks are affected, we can tailor therapies for the individual better.”

Ances adds that treating HIV+ patients can teach clinicians important lessons about how to treat Alzheimer’s more efectively. “HIV patients don’t take just one drug,” he says. “We give them what’s called combination antiretroviral therapy, to attack the virus in three or four different ways, and that’s probably how we’ll have to treat Alzheimer’s — using different cocktails of drugs depending on where a patient is with the disease.”