Flying University is a speakeasy-style lecture series featuring storytellers, experts, professors, and comedians shining a light on ideas, people, science, and moments in history that have been erased or overlooked. On Tuesday night, the series presented “Mind Playing Tricks on Me” an intimate look at the people and mechanisms behind mental health diagnoses.

The program was held in conjunction with Brain Awareness Week at Caveat in Manhattan.  Suzanne Garrison, a licensed therapist and art therapist, explained how she evaluates patients, one of whom was the host, Chinisha S. The therapist explained that she analyzes a patient to find the healthy, well-functioning part of that person. She then nurtures that part, which leads to a better understanding of their repressed feelings and motivations. Garrison compared the mind to an iceberg: the small part above water is the part of our consciousness, but the larger chunk under water is the part of our subconscious. But the latter is what drives the whole iceberg. Like the two parts of the iceberg, her goal is to make the unconscious conscious and to help clients better know their feelings and free themselves from feelings of shame or guilt.

Garrison went on to explain how she focuses on examining the initial causes of negative thoughts. In her practice, she uses art to help clients express a feeling or emotion that they struggle with. Garrison also delved into the challenge of parenting. Because a child might have limited language abilities, he or she may not be able to articulate and describe trauma (also known as pre-verbal trauma), which often carries over later in life. To further illustrate her point, she asked the audience to draw seven things on a plain white sheet of paper:

After completing our drawings, she explained that the various items represent different aspects of experience. Depending on the depiction (how big, how detailed, whether they are overlapping, or there is distance between them), the drawing tells a story about how that person feels about those various aspects. The quadrant where each item is drawn is telling as well—the objects that the artist feels most positively about are in the top right corner and, moving counterclockwise, the objects they feel least positively about are in the bottom right corner. She went on to interpret some of the audience’s drawings. I did not raise my hand to have my amazing masterpiece interpreted, but I share it here: 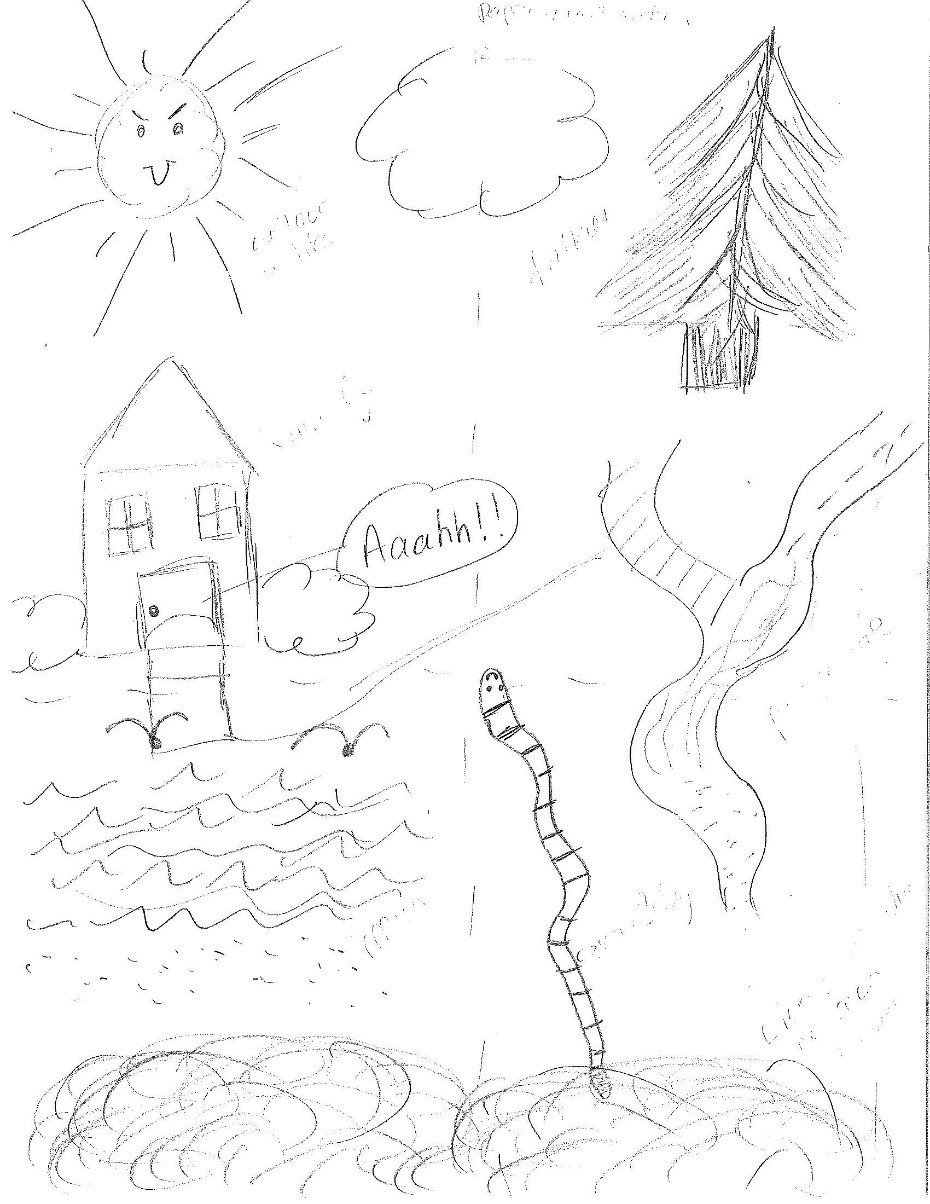 Garrison’s advice was that honesty and bravery and the pursuit of healthy and supportive relationships was the best way to overcome bad experiences. By opening-up to new experiences, we expose ourselves to being hurt or judged, but we also open up ourselves to new and happy possibilities.

Bassey Ikpi, an American-Nigerian writer and mental health advocate, followed Garrison and endorsed many of her ideas. Ikpi bravely revealed that she once had a mental breakdown and visited five different doctors before being diagnosed as bipolar. I’m Telling the Truth but I’m Lying, her debut essay collection that is publishing in August. will detail her experience with bi-polar disorder and her mental health challenges in a deeply personal way.

Early in her career, Ikpi wrote about herself in the second or third person because she had trouble accepting herself. Ikpi said that she was motivated to write to communicate the importance of empathy and forgiveness and to make the internal and repressed now external and public.