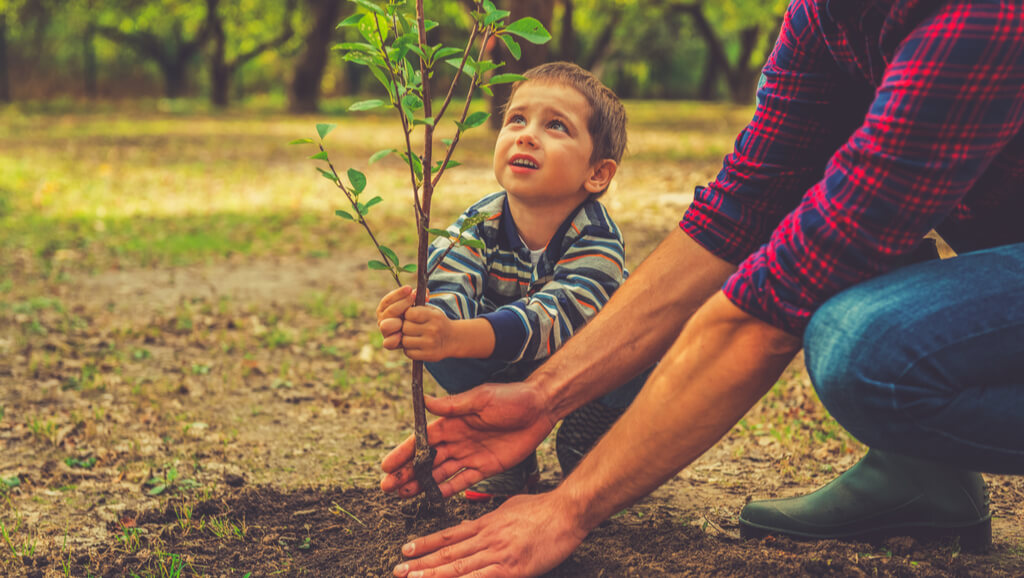 When scientists discovered deoxyribonucleic acid (DNA), the basis of heredity, they believed this genetic code solely determined how each organism would develop, grow, and, later, reproduce. Within all those little nucleotides lived a strict recipe to govern the development not only of our physical bodies, but our behavior as well. Yet, as scientists learned more about the human genome, they realized that genes do not alone dictate who we are and how we act. We now understand that the environments we live in hold great sway over where, when, and how much of a gene is expressed – which, in turn, affects not only how we interact with the world around us but whether we are at a higher risk of developing different brain-related diseases. This complex interplay between genes and environment is referred to as a gene/environment interaction.

Long before the discovery of DNA, or even Charles Darwin’s theories on evolution, scientists hotly debated whether an organism’s behavior is the result of heredity (nature) or the environment in which they were raised (nurture). Are people (a) hardwired to act in certain ways thanks to the traits they inherited from their biological parents, or (b) is their behavior guided by environmental and lifestyle influences, ranging from diet to whether they were raised in a safe and loving home.

For almost a century, many scientists held firmly to either the nature or nurture side of this debate. There was only one problem – study after study showed that both heritable and environmental factors contributed, often quite substantially, to behavior. It is hard to overlook the different physical and behavioral traits a child may seemingly have inherited from their parents—her mother’s intelligence or his father’s sense of humor. Yet, studies of monozygotic, or identical, twins, twins who we now know share a common genome, show us that environment can and does influence traits like personality, character, and susceptibility to disease. Anyone who has met a pair of “identical” twins knows they are not completely identical – they have distinct personalities and character traits.

What do genes do?

Genes have one simple job: Each gene contains code that tells your cells to make a specific protein. When all those different proteins are put together in different ways—and to date, the Human Genome Project has identified  more than 20,000 distinct genes–they provide the blueprint for our development, including physical traits like height, eye color, and body type. Those proteins help guide brain development, providing the scaffolding that builds out the different types of brain cells, as well as the different neurochemicals that allow those cells to communicate. Given that our brains are responsible for our thoughts, emotions, and behavior, how they are built, both in utero and throughout childhood, influences the way we interact with the world around us.

There is no one-to-one correspondence between a gene and a particular trait. There is no eye color gene, let alone a humor or an altruism gene. Rather, in genome wide association studies, where scientists look for correlations between particular genes and character traits like friendliness or intelligence, we see that the vast majority involve small contributions from many genes. That’s why those traits can be heavily influenced by different environmental and lifestyle factors.

The importance of gene/environment interactions

To help us survive and with luck thrive in the environments we live in, our biology is set up so different environmental cues can let our genes know when, where, and how much of a particular protein to make. That can influence how our brains develop and, consequently, our behavior.

For example, during World War II, the Netherlands experienced a great famine known as the Dutch Hunger Winter. Children born just after this winter (so they were in utero during the winter) were not only more likely to be obese than those who came a few years earlier or later, they also were more likely to be diagnosed with schizophrenia, diabetes, and addiction. They also died at a much earlier age than average. Researchers found that the severe lack of food turned off, or silenced, certain genes in these children, leading to poorer physical and mental health outcomes later in life.

These kinds of changes don’t just happen inside the womb. The Adverse Childhood Experiences (ACEs) study, a longitudinal study looking at the long-term health effects of violence, abuse, and neglect during childhood, has also found that experiencing these kinds of traumas in childhood change how genes are expressed during development, leading to increased risk of developing depression, anxiety, or other mental health disorders, as well as physical health problems like obesity and heart disease.

Scientists now realize that almost all chronic diseases, physical and mental, are influenced by gene/environment interactions. Behavior, too, is heavily impacted by them. We can no longer talk about these phenomena in terms of nature vs. nurture. It’s now clear that both genes and environment have a role to play in development, disease, and behavior.

The field of epigenetics, loosely translated from the Greek as “over” or “above” genetics, investigates how the environment makes molecular changes to gene expression–and many neurobiologists are looking to the epigenome to better understand individual differences in learning, memory, and behavior. This field documents the different ways that a person’s life experiences can make subtle changes to their DNA and how those changes can be passed on from generation to generation. The sum of those subtle differences translates, ultimately, not just into an increased risk of certain diseases, it also contributes to who we are and how we see the world around us.

Many scientists describe the epigenome like computer software. If your genome is the hardware, the epigenome, or software, tells it what programs to run–basically, what and how much of different genes to express in different parts of the body at different times. The environments we live in, the stressors we face, and the people we interact with all have the power to change the manner in which our genes express themselves. Over time, all those little changes to gene expression can lead to big differences in the way each of us thinks, feels, and acts.