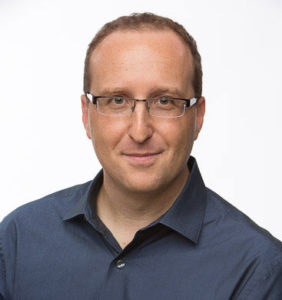 How do humans acquire spoken language? While many studies over the past century have helped explain how we understand language, the mechanisms behind how we process and learn to make the sounds that allow us to express language are not well understood. Nearly all mammals on Earth make some vocal sounds, and the vast majority are born with innate abilities to do so. But humans are not: We need to learn how to speak. That’s why understanding what processes in the mammalian brain support this learning requires finding and studying non-traditional experimental models: mammals that also need to learn this skill.

Michael Yartsev, Ph.D., an assistant professor of bioengineering and member of the University of California Berkeley’s Helen Wills Neuroscience Institute, has been working to better understand the neurobiological mechanisms that support vocal learning. To do so, he and his colleagues have developed an experimental animal model system using Egyptian fruit bats. Here, he discusses the challenges of developing the frameworks for a new animal model, the powerful overlaps between vocal learning and social interactions, and why it’s important to use an array of methods when studying complex neurobiological questions.

What is vocal learning? What role does it play in learning a language?

Vocal learning is broadly defined as the ability to modify sounds in response to auditory feedback. It might involve imitating sounds or producing completely new vocalizations. Different species may achieve vocal learning in different ways, so it’s hard to constrain it to one single definition. Each definition should be based on what a specific animal can or can’t do.  That said, we are not born able to speak; our brains need to learn how to do it. So for us, vocal learning plays an important role in language acquisition. Yet, we don’t know all that much about the neurobiological mechanisms underlying vocal learning and language acquisition in mammals. While much is known about the specific aspects in which some avian systems learn their songs, the neurobiological mechanisms of this process have not been extensively studied in the mammalian brain before.

Many animals use feedback to plastically modify vocalizations. For most animals, if you deprive them of auditory feedback during development, they will still develop their normal sounds. So, we know they don’t require feedback to produce and modify the sounds they can make. Most species have a more innate ability to learn how to make sounds. But a few rare animals, including a handful of mammals and, of course, human beings, are vocal learners. They need auditory feedback to learn how make the right sounds if they want to communicate.

It’s a mechanism I’ve always been fascinated with. I’m generally interested in the mechanisms underlying learning and memory. But the vocal learning system is one of those great systems, with decades of focused research into songbirds, that has now beautifully delineated the neural mechanisms that allow birds, like the zebra finch, to learn their songs. It was fascinating to see how those discoveries were made. And it seemed to me to be a unique opportunity, given all of the technologies that we have been developed for the bat, to tackle this question in a mammal that has been argued for decades to be a vocal learner.

Your laboratory is using Egyptian fruit bats to study vocal learning. What makes them a good model?

Our goal was to establish the bat as the first mammalian model system for studying the process of vocal learning. Previous behavioral work suggests that if you take a group of bats right after they’re born and raise them in isolation or expose them to a unique acoustic environment, their vocalizations will be different than what you’d see if they were raised normally. This suggests that their vocalizations have some plasticity. Our own work has shown that, even in adults, if you expose the bats to sound perturbation, they have the capacity to modify or adapt their vocalizations in a stable manner over prolonged periods of time. So, there are good indications that there is some form of plasticity there that we can investigate. But one of the most important things – and most challenging things – to do is to determine precisely the form of vocal learning that these animals exhibit rather than trying to use dogmas or definitions that were derived from other systems and may not be applicable to our species of bats. 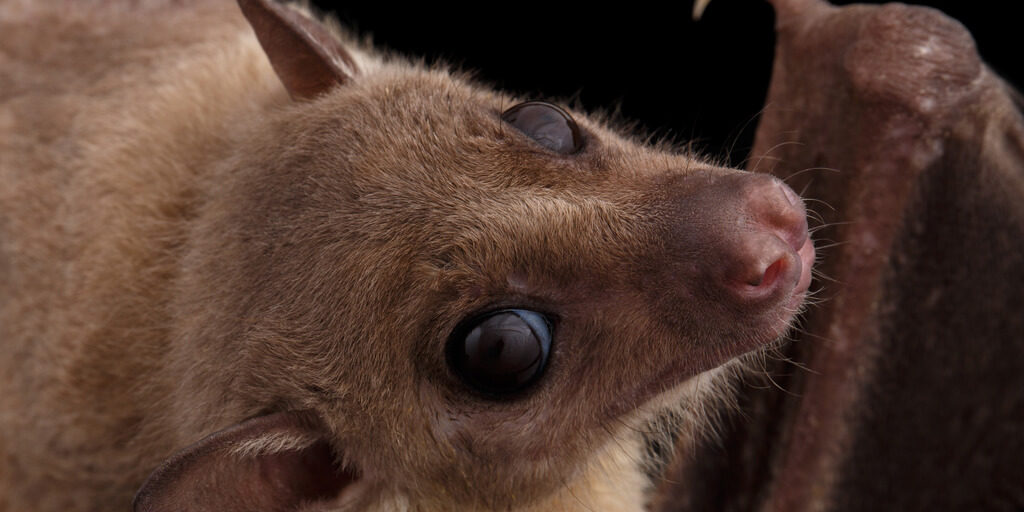 You’ve created a very complex training system that allows you to record brain activity in free-flying bats. What were some of the biggest challenges?

We have a fully automated training system where we can record neural activity from the brains of free-flying bats. We also used anatomical mapping and tracing approaches to help us identify brain regions that may be involved with vocal learning. But it’s important to note that there’s never been a motor map made of the bat brain. This was one of the first things that, together with our close colleagues including Leah Krubitzer and her lab members at UC Davis, had to be done – and one reason why so many people stick to the more traditional animal model systems. There’s a lot of knowledge about brain structures already there for rats and songbirds. But we had to get in there and do a lot of the anatomical work and brain mapping on our own.

One of the other challenges we faced is that bats don’t vocalize all that much. Some species vocalize non-stop. The bats only really vocalize when they have something important to say. And while we are big believers in taking an ethological approach, we also decided to complement that by conditioning the animals to vocalize on command so we could see what changed in the brain as they modified some of those vocalizations.

To do so, researchers in the lab have developed a conditioning task where you can condition the bats to vocalize in a highly reproducible manner. Within that framework, we can test the extent of the plasticity that the animals may have on the brain side. It was actually quite daunting in the beginning because we knew the bats seem to have some interesting vocal capacities – and we still have a lot to learn about what all those entail – but we didn’t really know where in the brain we needed to look to further investigate what was driving those capacities.

Is vocal learning the only thing your lab is studying with this model?

Vocal learning is only one of the questions my lab is looking at. One of the advantages of setting up this system is that we can also study other big questions. We are also interested in looking at the mechanisms behind spatial navigation. Bats are one of the most exquisite navigators on the planet and the only mammal with the gift of flight. That gives us direct access to ask questions about 3-D spatial navigation, as well as questions more generally about solo navigation or navigation as part of the group. Another topic we are very interested in is social behavior. Bats are incredibly social mammals and they are one of the longest living mammals per size. Even though they are a relatively small animal, they live pretty long lives and form interesting social relationships with one another. So, this is also a good model to study social communication as bats also use vocalizations to communicate with one another. In fact, these animals are very keen on communicating with one another. They have these elaborate communication systems for vocalization – and utilize social vocalizations during social situations. Being able to measure what’s happening during the brain can give us some very critical insights.

In a recent study published in Cell, you discovered that these bats show synchronized brain activity as they communicate. What’s the significance?

This kind of synchronization has been reported in humans extensively but not in animals before. The thought is that this phenomenon is tied to social communication and interaction. And bats, like humans, are extremely social animals. We still don’t fully know what this synchronization means and it’s a major topic we will need to explore in future studies.

You are using a variety of methods to study vocal learning, from molecular to behavioral observations. How will you put them all together?

We are a method-heavy lab and utilize a variety of approaches to tackle scientific questions. These include wireless electrophysiology, optogenetics, imaging, molecular, and behavioral methods. We’ve been lucky to collaborate with a lot of wonderful scientists so we can do all that. We use all these methods because we are asking complicated questions that require a variety of different approaches to help us understand the different mechanisms that may be underlying vocal learning, as well as other functions. And we are open to using new methods, whatever we need, so we can advance the research to the next stage.

Each method provides a different set of advantages. For example, with electrophysiology, it’s difficult to track the same neurons over prolonged periods of time. But that’s something you can potentially do with imaging. You need the complement between these two methods to make progress, especially when you are working with a brand-new animal model.

You identified the putative laryngeal motor cortex as a strong candidate for vocal control and, possibly, vocal learning. Tell me more.

In research in humans, there is a lot of data to suggest it’s related to vocal control, although there’s no clear evidence it’s associated with learning. In the bat, we’ve found an area that’s in motor cortex that’s a strong candidate for vocal control, where there are direct projections that control the delivery of signal to your larynx and muscles so you can make sounds. You can think of it a little bit like the hand that controls the puppet if you have a direct string between your hand and the puppet’s vocal cords. We are not sure what it means for vocal learning. But this is a good place to start our investigations.

What kinds of studies are you planning to do next?

The putative laryngeal motor cortex and some areas of the frontal cortex have some really interesting signals associated with vocalization. These are potentially mechanisms underlying vocalizations that can give us more clues about how the learning happens. So, we are focusing on trying to categorize the properties of neural response within those areas.

In parallel, another important thing we need to sort out is what is actually being learned. It’s the biggest enigma, really. The bat is not a human, and it is also not a bird. So instead of taking a bird-centric view, or a human-centric view, we are trying to understand precisely what the bat is learning. It’s a foundational question and it has not been really asked up until now. And I think it is important to address it very carefully.