Back to Parent Page
HomeArticlesWorrying and the Aging Brain 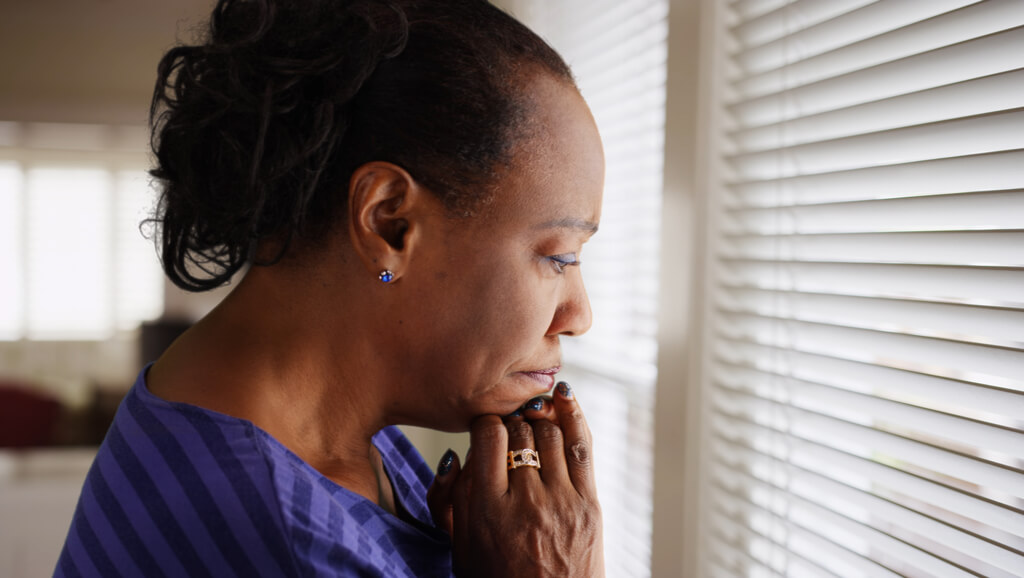 Over the past decade, scientists and clinicians have noted a significant association between common mental health conditions and accelerated brain aging—the changes to brain structure, physiology, and function that are thought to lead to later cognitive decline. Both depression and anxiety disorders, for example, are strongly correlated with the development of dementias including Alzheimer’s disease later in life, yet it has been unclear why. Neuroscientists and gerontologists around the globe have diligently worked to investigate which particular symptoms might contribute to age-related cognitive decline. New research from the University of Pittsburgh, using a machine learning model to predict a person’s “brain age,” suggests that excessive worrying and rumination may influence the speed of neurodegeneration and the memory and attention deficits that come along with it.

As we age, our bodies change in many ways. Our skin becomes more wrinkled, our hair thins and loses its pigment, and our limbs and trunk just don’t work as well as they once used to. The brain is no different. As we get older, the brain shrinks in volume and its network of blood vessels  changes significantly. But not all people experience brain aging at the same rate, said Helmet Karim, Ph.D., an assistant professor of psychiatry and bioengineering at the University of Pittsburgh.

“People’s bodies age in different ways over time. Chronologically, you may be in your 20s or 30s but, if you are smoker, for example, your lungs and skin likely look much older than a person of the same age who doesn’t smoke,” he said. “We sometimes look at people, find out how old they are, and say, ‘Wow, they look great. They’ve aged really well.’ It’s the same concept with the brain. Show a radiologist a functional magnetic resonance imaging (fMRI) picture of an older person with good [brain] volume and healthy vasculature, and they will probably say the same thing.”

“Over time, the aging brain is measured by the decline in the ability to perform everyday tasks—to pay attention to details or to remember appointments,” said Darya Gaysina, Ph.D., senior lecturer in psychology at the University of Sussex. “As we age, we all experience decline in those abilities. But, for some people, this decline will be much faster than it is for others.”

Depression and the Aging Brain

Accelerated brain aging is likely the result of both biological and environmental factors, and it is, unfortunately, highly correlated with the development of neurodegenerative conditions such as dementia and Alzheimer’s disease. If we knew more about the underlying neurobiological mechanisms that caused this acceleration, we could not only better predict who is likely to develop such conditions later in life but also  identify neurobiological targets to help treat or even prevent age-related cognitive decline. That’s one of the reasons why Gaysina and colleagues were interested in looking at the link between brain aging and depression.

“Researchers have shown a link between depression and dementia in older adults, but it was not clear whether depression might lead to faster cognitive decline in individuals without dementia,” she said. “Our work suggests people who are diagnosed with clinical depression, as well as those who experience elevated depressive symptoms, are more likely to show a faster cognitive decline as they age. Specifically, we found people who experienced accumulated symptoms of depression across adulthood had worse memory function by midlife.”

Gaysina’s work suggests that excess inflammation, at least in part, is responsible for faster brain aging in people with depression, especially declining memory function. But there are likely other factors, too, and they may also help explain the strong association between anxiety disorders and neurodegeneration.

“There have, to date, been fewer studies conducted on anxiety than on depression,” Gaysina said. “But depression and anxiety often co-occur, with some estimates suggesting it co-occurs in up to 75 percent of cases. It is likely that findings for depression are also relevant for anxiety.”

Carmen Andreescu, M.D., who has spent her career studying late-life anxiety, hopes to uncover what specific symptoms of anxiety might be responsible for accelerated brain aging. She has focused her research on negative thought processes, such as excessive worrying, which clinicians use to help diagnose general anxiety disorders.

“Worry is a very interesting concept,” she said. “It’s a mixture of thought processes and negative affect. It’s also very hard to treat in people with anxiety, even younger individuals. It’s a hardcore kind of pathology that keeps many people from getting better even when they get therapy or medications. Its chronicity has always made me think it may be powerful enough to affect the integrity of the brain—it  provides a kind of continuous stressful state that could have the power to brine the brain in stress hormones, leading to this faster aging.”

To test the idea, Andreescu used a machine learning model, developed and validated by Karim, to investigate potential associations between brain age and anxiety, depression, stress, and emotional regulation in adults using standard measures, including metrics that quantify how severe a worry is. The group scanned the brains of 78 people 50 years old and older and then ran the images through the machine learning model. They found a strong relationship between increased brain age and greater chronological age, male sex, greater worry, and greater rumination. They also found a correlation between brain age and a decreased ability to suppress negative thoughts.

“It was interesting to connect the symptoms with actual pathology and find this relationship between brain aging and both worry and rumination,” said Andreescu. “For every extra point on the worry scale, the brain was aging 1.3 months more. This scale goes up to 70—really severe worriers are between 50 and 70—so  you can age your brain quite a bit by worrying a lot. It’s a big concern.”

Karim added that the group was surprised to find that the ability to suppress negative thoughts had a somewhat protective effect.

“We often think of suppressing feelings as a negative tactic,” he said. “But we see in some studies of older adults that suppression of these worrying feelings, so you aren’t just ruminating over these thoughts over and over again, can reduce your overall emotionality. Cognitive reappraisal, which is often used in cognitive behavioral therapy [CBT], works in a similar way. It’s possible that finding ways to decrease these negative thoughts could help lessen this associated brain aging.”

Protecting Your Brain at Any Age

Andreescu and Karim hope to follow this research with a longitudinal study that follows excessive worriers for 10 years to see how these particular symptoms may change the brain in that time.

“We hope to understand the biological basis of how this kind of worrying actually impacts brain age,” said Karim. “We think it’s the stress, and the resulting biological effects of stress, but it’s something we need to follow to know for sure.”

In the meantime, both Andreescu and Gaysina say that people can take actions now that can protect their brains from the harmful effects of excessive aging.

“Anxiety can become a chronic condition early in life,” said Andreescu. “So, the most important thing is to start managing it early. You can address mental health symptoms with cognitive behavioral therapy, medications, or mindfulness strategies. You want to adopt a healthier lifestyle, eat right and exercise, because they can also help with anxiety symptoms. With every point on the worry scale aging your brain another month, it’s important to try to arrest these pathological processes as early as you can.”

Gaysina said the same approach can help people who are experiencing depressive symptoms, and even those who are already in an older age bracket can benefit from making these sorts of changes.

“It’s important to understand that it is not inevitable that people with depression will see a greater decline in their cognitive abilities,” she said. “As the United Kingdom says, ‘There is no health without mental health.’ We all need to make efforts to look after our mental health. It is never too late to start.”