Back to Parent Page
HomeArticlesHow Military Service Changes the Brain 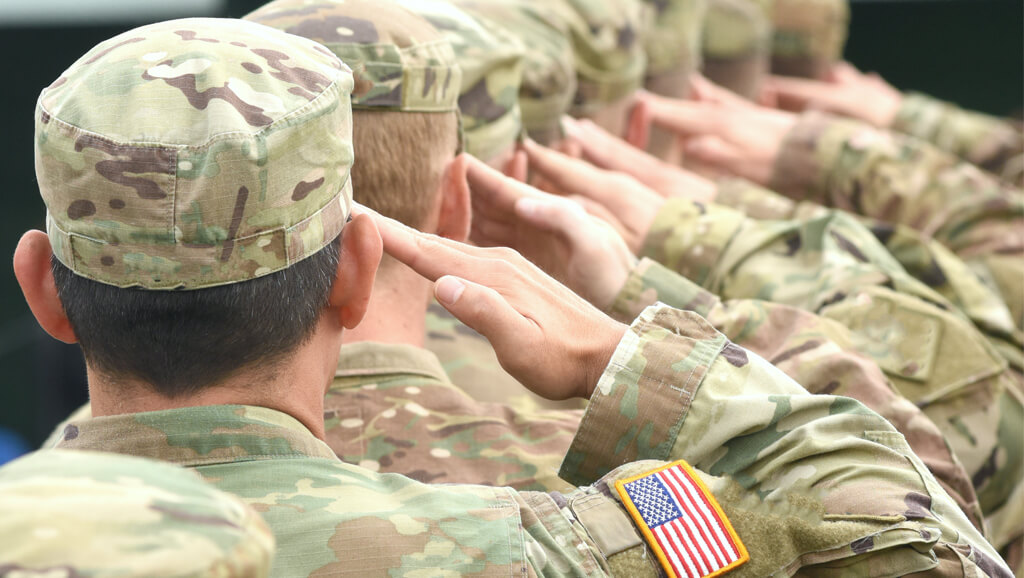 It’s been nearly two decades since the United States first sent military service members to Iraq and Afghanistan in support of the Global War on Terror, and nearly three since troops were sent to Kuwait for the Gulf War. It’s long been known that military service comes with a unique set of health challenges, some of which may continue to haunt individuals long after a service member returns to civilian life. What hasn’t been known is how those challenges might make changes to the brain and how they might be prevented or treated.

“We are trying to understand how military service affects brain health. The challenges engaged by service members during combat efforts or while undergoing training can be a threat to brain health,” says Colonel Deborah Whitmer, commander of the Walter Reed Army Institute of Research. “There are the ‘signature’ injuries like blast and traumatic brain injuries of the Iraq and Afghanistan wars as well as, when we are talking about the Gulf War, the environmental toxicants that service members may be exposed to. There are many different threats that service members may have to endure that we are still trying to understand.”

To highlight some of the new insights that scientists, military and civilian, are currently uncovering, Col. Whitmer chaired a press conference at Neuroscience 2017, the 47th annual meeting of the Society of Neuroscience, called “How Military Service Changes the Brain.”

Soldiers may experience a variety of different blast exposures during their service, both in combat and during training. Many are likely to be mild in severity, but those exposures can add up over time. In fact, Alaa Kamnaksh, a researcher at the Uniformed Services University of the Health Sciences in Denes Agoston’s laboratory, says that most soldiers are exposed to five to twenty blasts on average—just during training.

“We now know that brains develop well into adulthood. A critical gap in our knowledge is how repeated blast exposure affects the brain relative to a person’s age when they’re injured,” she said. “This is important because most deployed services members are between the ages of 25 to 34—with the Army and Marines having a high percentage of deployed individuals under the age of 25.”

To look at how age might interact with repeated mild blast exposure, Kamnaksh and colleagues using diffusion tensor imaging (DTI) to examine the brains of rats who had experienced repeated mild blast exposure. They saw, in younger rats, significant and persistent changes to neural tissue integrity in certain regions of the brain. Some of those changes meant that brain networks were permanently altered, which could inhibit recovery. Other changes, like those in the hippocampus and amygdala, seemed to promote plasticity, which could account for later neurobehavioral issues like memory loss and post-traumatic stress disorder (PTSD).

“Repeated mild blast exposure can permanently change the brain’s structural organization, resulting in lasting functional and behavioral consequences,” Kamnaksh said. “Future work will be aimed at identifying the molecular basis of those changes to help us move towards an objective diagnosis and treatment of repeated mild blasts and traumatic blast injuries at an earlier time point.”

Nearly 30 percent of veterans who served in Kuwait during the Persian Gulf War, from 1990 to 1991, suffer from a mysterious series of ailments known as Gulf War Illness (GWI) or Gulf War Syndrome (GWS). Kaundinya Gopinath, a researcher at Emory University, says that as many as 250,000 veterans have experienced GWI symptoms.

“Some of these symptoms include mood swings, chronic pain, difficulties with language tasks, difficulties performing complex motor tasks, inability to concentrate, loss of memory, as well as a bunch of other things,” he said. “Unfortunately, we don’t understand this illness completely—and there is no cure for this disorder.”

This mishmash of seemingly unrelated symptoms has one thing in common: the brain. Past research has shown that people with GWI have some abnormalities in brain’s communication networks. To follow that work, Gopinath and colleagues looked for changes in brain’s communication patterns to see if that might help explain the syndrome. The researchers used resting state functional resonance magnetic imaging (fMRI) to compare 22 veterans with 30 non-veterans matched for age and other factors. They discovered that the veterans had significant deficits in neural networks related to sensory processing, mood regulation, motor coordination, and language command, compared to the control group. Conversely, the researchers saw increased activity in communication networks related to pain perception.

“This research provides convincing evidence of neural pathology in Gulf War Illness veterans,” said Gopinath. “The knowledge gained from this may helpful in helping us find a way to treat this illness.”

Many studies suggest that exposure to sarin gas, a volatile nerve agent that was used as a chemical weapon during the Gulf War, may be an important contributor to Gulf War Syndrome. Ankita Patel, a researcher at the Drexel University School of Medicine, says such nerve agents can result in vast neurological impairments. Her work aims to pinpoint compounds that might work to reverse them.

“In any war situation, soldiers experience a high level of stress hormones. In the Gulf War, they were also exposed to organophosphate chemicals. We wondered if the combined effect of the physiological stress with the chemical exposure is what leads to neurological impairment,” she said.

Patil and colleagues exposed rat neurons that had previously been treated with stress hormones to an analogue of sarin gas, diisopropyl fluorophosphate (DFP). The combination resulted in both a deluge-like release of the neurotransmitter dopamine as well as the destabilization of the neuron’s mitochondrial microtubules, a key part of the neuron’s cellular transport system. When the researchers then treated the cells with a drug called tubacin, which is known to preserve the mitochondrial microtubules, they were able to restore the cell to normal.

“When we added tubacin, we were able to restore both the deficits of mitochondrial transport as well as restored dopamine, so it was released in healthy levels,” she said. “This study gives us confidence that we might be able to correct the structural deficit of the cells and that looking to the mitochondria may be a way to develop potential health-based programs for veterans.”

Col. Whitman says these studies, taken together, help further our understanding of risks to brain function due to the specific stresses involved with military service, in combat or otherwise—and that understanding that can be further applied to help us promote brain health in civilian populations, too.

“These studies connect and interface on a very complex population of patients who endure single, or sometimes multiple and additive, traumatic events during the course of their service,” she said. “These findings allow us to touch on different injuries, different models, and different questions to build a knowledge base that will help us not only better understand these challenges but also help us one day derive appropriate therapies and treatments.”