Back to Parent Page
HomeArticlesIn Sync: How Humans are Hard-Wired for Social Relationships 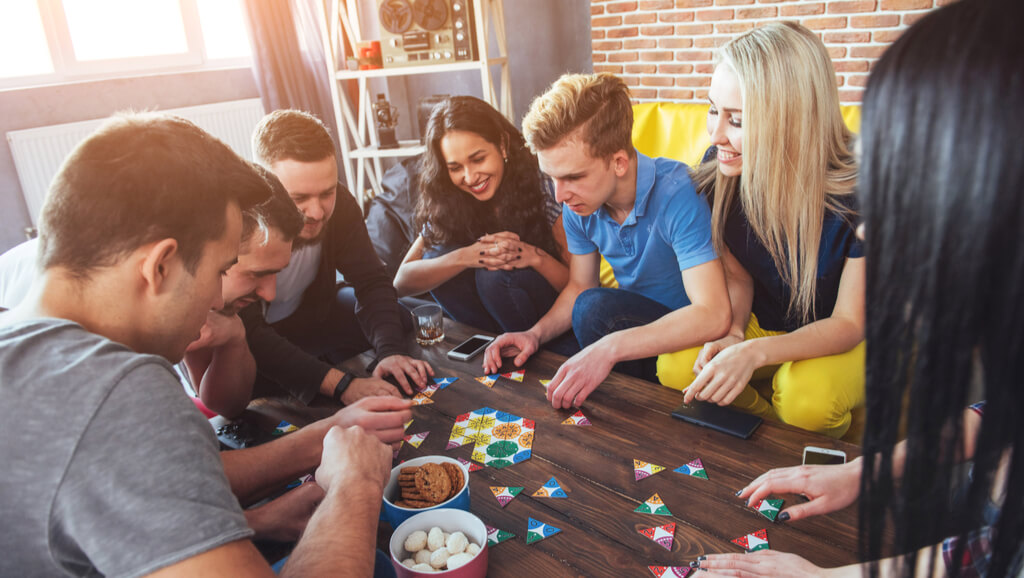 The great philosopher Aristotle once wrote, “Man is by nature a social animal.” And while his statement, at the time, had more to do with the benefits of a civilized society than how the human brain may be wired, decades of research in the neuroscience realm has largely supported his thoughts on the matter. At Neuroscience 2019, the annual meeting of the Society for Neuroscience, researchers from around the globe came together to discuss the latest insights into the social brain – and suggest that strong social connections may be facilitated by synchronous brain activity between two or more people.

“Human beings are wired to connect – and we have the most complex and interesting social behavior out of all animals,” said Michael Platt, Ph.D., a biological anthropologist from the University of Pennsylvania’s Perelman School of Medicine who moderated a press conference on the social brain at the conference. “This social behavior is a critical part of our adaptive toolkit. It allows us to come together and do things that we wouldn’t be able to do on our own. We’re only just beginning to uncover how these mechanisms may operate in real world activities, and the findings are really exciting.”

Historically, scientists attempted to understand social behavior by looking at one person at a time. But that is not sufficient to understand the neural underpinnings behind such complex interactions, said Simone Shamay-Tsoory, Ph.D., a social neuroscientist at the University of Haifa. To better understand what may be occurring in the brain when we interact with others, she argued, it is vital to take a “two-brain approach,” and look at both parties. This is especially important when trying to study something like empathy.

“Empathy, basically, is the ability to feel and understand other people’s emotions. There are both emotional aspects of empathy, where we share the same feelings as someone else, as well as cognitive aspects, which is our ability to take someone else’s perspective on a situation,” she said. “These kinds of empathetic interactions between people occur every day. But most of the studies looking at empathy have only focused on one side of interaction, usually what is occurring with the empathizer, in quite artificial tasks.”

Since empathy is a dynamic, interactive process that involves both the empathizer and the person they are generating empathy for, Shamay-Tsoory hypothesized it would be beneficial to scan the brains of both parties simultaneously. Using an approach called hyperscanning, where multiple study participants have their brain activity measured using electroencephalogram (EEG) at the same time while interacting with one another, Shamay-Tsoory and colleagues hoped to better understand the “give and take” of empathy in a situation where one person is experiencing physical pain.

The researchers recruited people in pairs. One of the two participants received a heat stimulus that resulted in a burn-like sensation. The other held their opposite hand, offering empathy and support. When the pairs were strangers, the researchers did not see much of an effect. But when the pairs were romantic partners, Shamay-Tsoory said they saw similar patterns of alpha-mu band brain activity, a type of brain wave previously implicated in empathy, in the right frontal lobe in both the person feeling the pain and the person giving the comfort. In fact, the greater that brain synchrony between the two, the less pain the person receiving the heat stimulus reported, suggesting the comforting touch of the empathizer may contribute to a form of touch-related analgesia.

“We know that hand holding is important for social support – it can make us feel better,” she said. “But we did not expect to see that a higher level of synchronous brain activity would lead to this analgesic effect.”

Brain synchrony also appears to be important to successful teamwork. Mohammed Shehata, Ph.D., a neuroscientist at the California Institute of Technology, said that there are many examples, in sports, dance, music, and even group video game playing, where teams reach a “flow” state.

“I think everyone has experienced a ‘flow’ state at some point in their lives,’” he said. “You get engaged in a task, you get super-focused, you lose sense of time, you feel more creative, and you perform at a very high level. It’s also quite an enjoyable state. As you can imagine, this is a wonderful experience as an individual. But it may be even more so when you are part of a team that forms this unique cognitive rhythm.”

But, Shehata stated, it was unknown if a team flow state differed from an individual one. To answer that question, Shehata and colleagues recruited music students to play a Guitar Hero-like video game both individually and in a social group while they underwent EEG hyperscanning. They discovered that, like the romantic couples in Shamay-Tsoory’s study, there was a high level of brain synchrony when the teams were able to reach a flow state in the game, with similar patterns of brain activity in the temporal lobe, as well as the frontal cortex.

“We found that this synchrony only happened in team flow. It’s not happening when you are by yourself, only when you are in this team and reach this state,” he said. “In future studies, we hope to investigate more about how and why this kind of synchronization happens in the brain. Because if we can monitor it and understand it, we may be able to one day find ways to enhance the team flow experience and build more effective teams in the future.”

To Sync or Not to Sync

Shamay-Tsoory was quick to point out that her study only found the high level of synchrony in romantic couples, not strangers, so there may be something special about those relationships that helps to build those unique patterns of brain activity. Yet, she said, there is evidence that when a doctor touches a patient during treatment, the patient will experience a better outcome from the interaction.

“I think, when the touch comes from someone we trust and there is a real connection between them, it creates the kind of synchrony that can help,” she said. “That’s why, when something bad happens, we go to someone we know instead of strangers. And we may be able to use this kind of synchrony to better understand trust and empathy in the future.”

As some experts suggest that the United States is now experiencing an “epidemic of loneliness,” with 50 percent of people saying they feel acutely lonely, understanding the neurobiological underpinnings of social connections may be more important than ever.

“This lack of connection is a huge problem,” Platt said. “So, if we can understand a little bit more about how we do connect with one another, and how that affects us – and maybe even ways to facilitate those kind of connections – I think there could be immense translational benefits.”