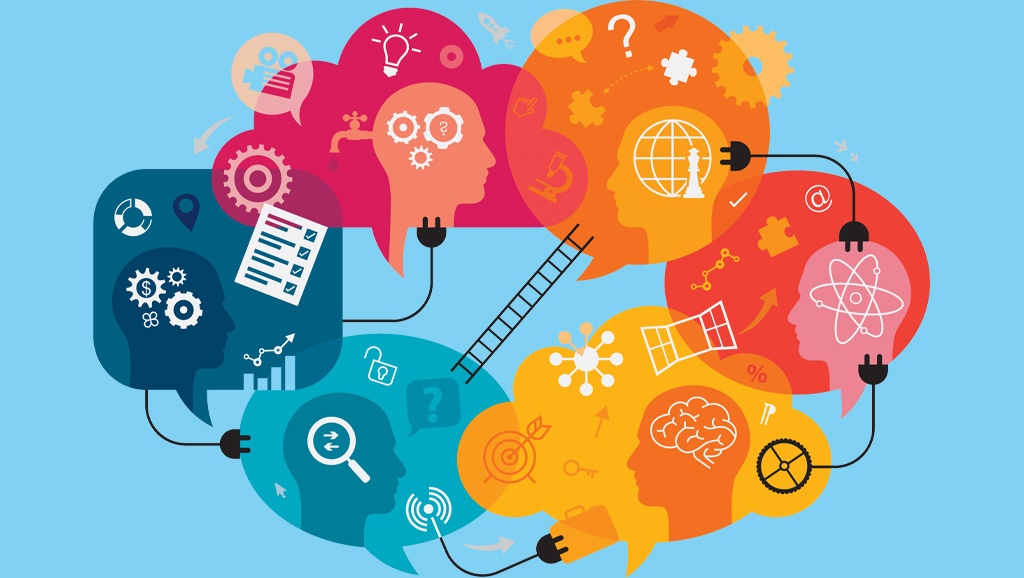 While much of this tech is not yet on the market, the pace at which it is being developed has led to worries that researchers aren’t aware of or taking into consideration all the societal and ethical implications of their potential and use. Although many granting agencies and university institutional review boards (IRBs) now require that these projects build in some sort of ethical framework for how the tech will be developed and used, it’s important that this activity involves more than just the bare minimum to “check a box,” said Dustin Tyler, Ph.D., a biomedical engineer at Case Western Reserve University and director of the Human Fusions Institute.

“So much of this kind of activity is, traditionally, around the risk/reward aspects of a particular project,” he said. “But as we think about a new technology, especially one that involves human-machine interaction, it’s important that we start to think about the bigger societal and ethical implications of the work we’re doing as a whole—thinking deeply about the concept of the human-machine connection over time. That’s what it’s going to take to really move some of these technologies out of the lab and into the real world.”

But creating a multi-disciplinary group to tackle some of the biggest issues in neuroscience and society is no small task. Today, 10 years after starting his research program into neural prosthetics, Tyler thinks he is starting to understand how to engage a variety of stakeholders in his project to help shape what the future will bring.

In 2019, Tyler and his colleagues not only presented research on their upper-arm neural prosthetic, but also hosted a social issues roundtable to illustrate why and how a group of multi-disciplinary academics can come together to practice deep thinking (see video of the event). At the time, Suzanne Rivera, Ph.D., then a bioethicist at Case Western Reserve University and now president of Macalester College in St. Paul, Minnesota, said it was important to “[invite] a lot of different voices to the conversation.” But, today, she adds, that it’s important that, as you bring those voices together, they learn how to speak the same language.

“Whenever you assemble an interdisciplinary group, you have two challenges,” she said. “One is that you need to come up with a common language for describing ideas in a way that all team members will understand. Another is the need to build trust within the group. Dr. Tyler was really good at getting us to think and talk about our various disciplinary lexicons to assure we were on the same page about the issues and challenges we wanted to address.”

Douglas Weber, Ph.D., an engineer at the University of Pittsburgh who contributed to the prosthetic, agreed that it is important to hear from a variety of voices. He added that it is also vital that all stakeholders are honest about their goals for the project.

“As people from different fields, we may be working on the same project but have very different ideas about what constitutes success,” he said. “Engineers are often trying to solve some technical problem. But those goals aren’t always well-aligned to the needs of the patient you are trying to help. We need to be able to talk about the practical realities of building something that is viable in a clinical setting—something that both a patient and a clinician will want to use. And make sure that needs and requirements are addressed early on to ensure they aren’t overlooked in order to build a better gadget.”

But that doesn’t mean it’s a one and done conversation. Tyler said the same group of stakeholders should continue to meet regularly, to address the bigger question of what a particular technology might look like down the road.

“We don’t always know what our technology will look like—or what it will enable people to do—in the future,” he said. “You can’t possibly foresee everything that might happen. But there are boundaries we should be setting and acting on before we even create the system. They may evolve over time, but it’s important to keep that eye on the future. That’s another important reason to have this ethical framework guiding you from the beginning, being part of the dialogue during development, so you can continually evaluate where you are and where you might go in the future. As the system evolves, the ethical framework should evolve with it.”

Agreeing on a shared lexicon, as well as common ground on features and functionality, can be complicated. And, Tyler said, the way that different university departments are structured and incentivized mean it can be challenging to get the time, funding, and motivation to get everyone on the same page.

“Curriculums and departments can be very divided—and it’s hard to align motivational factors across disciplines,” he said. “It’s not always easy to get people in the same room to understand the pressures that other parties may be facing. There are a lot of barriers to doing these sorts of things the right way—but when the team can sit together from the beginning, it makes it easier for everyone to become invested in everyone’s success.”

Weber said another way to help facilitate this is by ensuring that ethics are integrated throughout the process of research and training, even at the undergraduate level.

“We have to strengthen our engagement with our community,” he said. “Ethical issues shouldn’t just be one class you take as a graduate student. It’s something that should be talked about across classes in the regular engineering curriculum, too.”

That means that philosophy and social scientists who are interested in participating in conversations about society and neurotechnology should have some basic education in neuroscience and engineering principles, too. “We need the social scientists we work with to understand the fundamentals,” said Tyler. “That can help us have conversations that aren’t about ethics in the abstract, but rather ethics in the real world, with these technologies that are becoming possible now.”

Today, both Tyler and Weber are working toward commercializing some of their inventions involving spinal cord stimulation and neural prosthetics. Tyler said the ethical framework they created guides him as he considers how to best bring some of these new technologies to market.

How can others successfully create their own steering committees and research groups? Tyler emphasizes the need for a common language, and adds that it’s important for group members to look more at what they can and should do rather than what they can’t or shouldn’t.

“Engineers like to solve problems. Historically, ethicists have talked a lot about what you can’t do. And that’s one way to get an engineer to stop listening,” he said. “But these frameworks are both more interesting and more productive when instead of being told you can’t do something, the entire group can think about and talk about the potential consequences of a particular decision or action and then let those consequences help guide everyone as they move forward. When you can take that approach, ethics is no longer a barrier—it’s something that’s going to lead to even cooler engineering problems to solve and better technologies that will help patients get what they need from them.”

Fostering the trustworthiness of researchers: SPECS and the role of ethical reflexivity in novel neurotechnology research – 2020 paper describes an ethics dialog tool called the Scientific Perspectives and Ethics Commitments Survey (SPECS) that can be used to encourage multi-disciplinary conversations and collaboration