Back to Parent Page
HomeBriefingsMental Well-Being of Family Caregivers 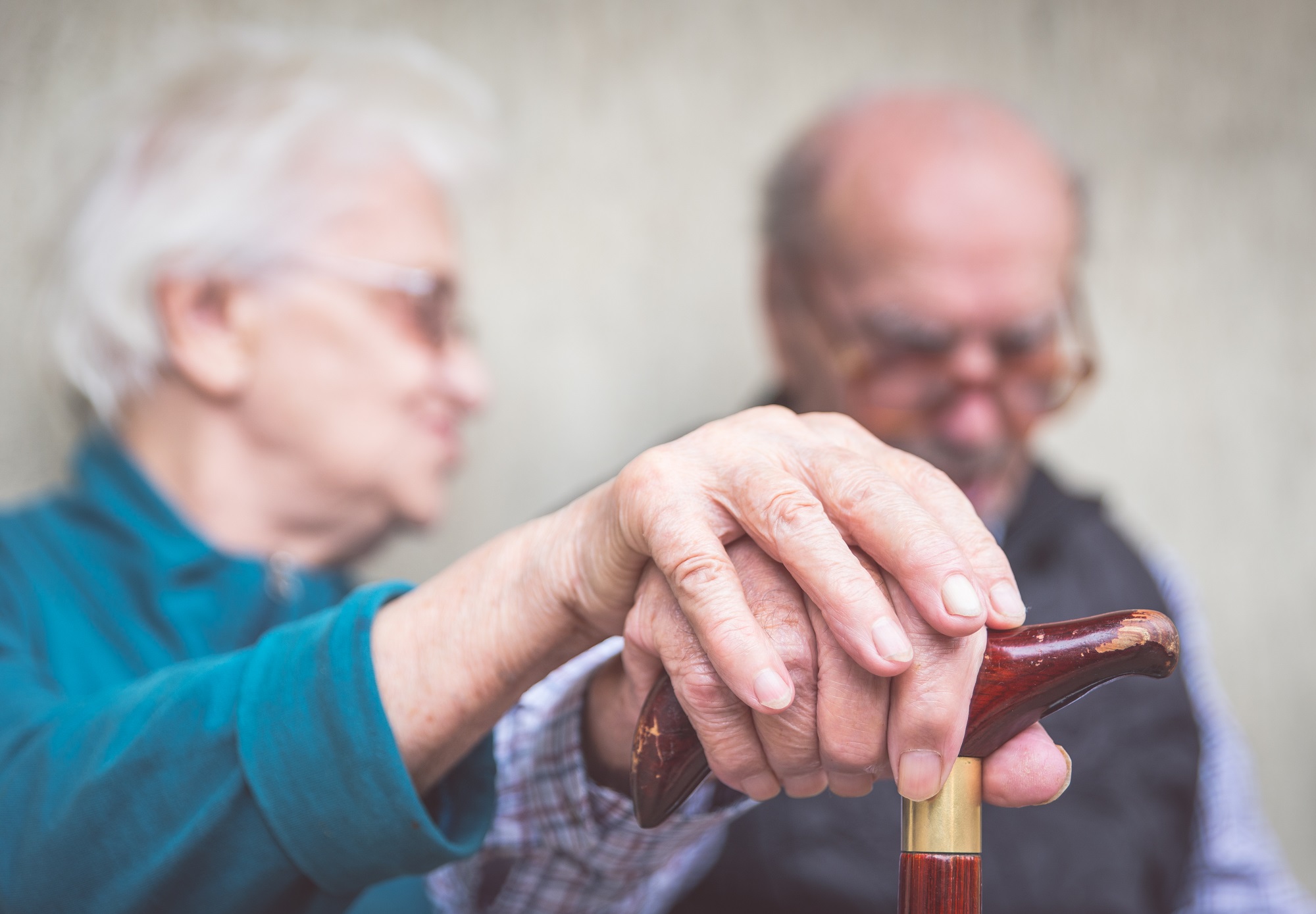 An estimated 43.5 million Americans act as family caregivers, providing care to a spouse or family member who is elderly and/or disabled by physical or mental illness. Caregiving and stress often go hand in hand, so much so that caregivers have been a population of great interest to researchers studying the effects of sustained psychological stress on the body and mind.

Chronic stress impairs immune function and taxes the brain and body in myriad ways, worsening pre-existing health conditions, heightening the risk of mental health disorders and other stress-related diseases, and hastening aging. Caregiving may even lead to earlier death: the 5-year-long Caregiver Health Effects Study found that elderly spousal caregivers experiencing mental or emotional strain have a 63 percent increased risk of dying compared to non-caregivers of the same age.

Still, the news about caregivers’ health isn’t all bad. In surveys, a majority of caregivers report experiencing many positive aspects of caregiving , including personal growth, increased meaning and purpose in one’s life, a sense of giving back to someone who has cared for them, and the satisfaction of knowing their loved one is receiving excellent care. New research is focused on understanding how these positive aspects may mitigate stress-related physiological damage and reduce the health burden of caregiving.

In many ways, family caregivers are the poster children of chronic stress. Janice Kiecolt-Glaser, Ph.D., and Ron Glaser, Ph.D., a husband-and-wife team of scientists at Ohio State University, spent 15 years studying caregivers to try to understand the health effects of living under conditions of unrelenting psychological stress. Their studies from the 1980’s found significantly higher rates of mood disorders in older caregivers (average age of 70) compared to age-matched controls. These caregivers, who had no history of mood disorders, were caring for spouses with Alzheimer’s or other progressive dementia.

The fact that the caregivers were advanced in age and had never shown symptoms of a mood disorder is telling, Kiecolt-Glaser said in an interview: “This finding suggests that the stress of caregiving was sufficient to induce clinically relevant mood disorders in people with no prior history.” In related work, the Glasers also found increased rates of anxiety disorders in adult children who were caregivers for their parents.

How is it that the ultimate act of caring–attending to the needs of a loved one who is sick or dying–sets up a caregiver for ill health? A large body of research over the past two decades has helped explain how chronic stress induces physiological changes throughout the body and the brain. While acute stress mobilizes cortisol and adrenalin–the classic “fight or flight” response–and promotes adaptation, chronic stress leads to sustained release of cortisol and other hormone mediators of adaptation. This throws the stress response off track, sending the normal physiological response into overdrive, a condition now termed “allostatic load.” It also causes health-damaging behaviors to emerge, such as poor sleep, lack of physical activity, social isolation, and poor diet, which add to the load.

Allostatic load induces an inflammatory cascade that may explain much of the detrimental health effects of chronic stress. The Glasers’ seminal research on caregivers found a much steeper increase, over a six-year period, in a particular inflammatory cytokine called IL-6, compared to age-matched controls. Inflammation is “a very reasonable possibility” for the increased prevalence of mood disorders, Kiecolt-Glaser says. “Inflammation and depression travel together.”

Inflammation is also linked to disruptions in circadian rhythm, the sleep-wake cycle that helps regulate a wide range of physiological responses. Caregivers’ sleep patterns are often disturbed, as the demands of caregiving can prevent them from sleeping when they should or otherwise contribute to insomnia or poor quality of sleep. This in turn raises the risk for other problems.

“The disruptive effects of caregiving on the sleep-wake cycle manifest as physiological chaos,” says Dana Alliance for Brain Initiatives member Bruce McEwen, Ph.D., a neuroscientist at Rockefeller University and expert on the effects of chronic stress. For one, the normal on/off switching of the stress response breaks down, fueling a feedback loop that puts allostatic load into overdrive.

Other research focuses on telomeres, the protein complexes that cap the ends of chromosomes and stabilize the chromosome during cell replication. Telomeres become shorter each time a cell divides; therefore, telomere length is recognized as a marker of the capacity for a cell to continue to replicate and, by extension, a measure of biological (vs. chronological) age. Severe or chronic stress is known to hasten the shortening of telomeres.

A widely cited study published in PNAS in 2004 by Elissa Epel, Ph.D., and colleagues at the University of California, San Francisco (UCSF), examined whether telomere length might explain the health effects associated with chronic stress. They enrolled 58 healthy, premenopausal women who were biological mothers to either a child with a chronic illness or a healthy child, and compared the length of the women’s telomeres along with the activity of telomerase, an enzyme that protects telomeres. They found that psychological stress—both perceived stress and chronicity of stress—is significantly associated with lower telomerase activity, shorter telomere length, and higher oxidative stress at the cellular level. Women with the highest levels of perceived stress had telomeres shorter on average by the equivalent of at least one decade of additional aging compared to low-stress women.

A separate study from the same group found that a structured program of aerobic exercise (40 minutes three to five times a week) was associated with decreased stress in caregivers and longer telomere length after 24 weeks. Antioxidants have also been shown to slow age-related shortening of telomeres. These findings have implications for understanding how, at the cellular level, stress may promote earlier onset of age-related diseases, and how lifestyle interventions may mitigate the effects of stress.

While the negative health effects of caregiving are well documented and widely recognized, there has been a growing recognition of the positive side of caregiving and how this influences well-being. A 2014 survey conducted in the United States by the National Opinion Research Center found that 83 percent of family caregivers rated their caregiving experience positively and said it helped strengthen their relationship with the care recipient despite being a cause of stress. Other positives commonly mentioned by caregivers include a perceived gain or reward, greater life satisfaction, and an increased sense of self-efficacy and self-esteem.

A few preliminary studies have now documented how these positive aspects can lessen the perceived burden of caregiving and improve caregivers’ quality of life, which may alleviate associated negative health effects. For example, a 2003 study of 80 family caregivers found that those who viewed their caregiving tasks as less stressful, who found meaning and subjective benefits from caregiving and had more social resources experienced lower depression and higher life satisfaction, even after patient impairment and other variables were accounted for. More recently, a study of 285 caregivers of older adults in Singapore found that caregivers’ perception of their burden of care is linked to how they perceive their satisfaction with life and mental state or mood. Similarly, a cross-sectional study of 132 caregivers in Iran found an inverse relationship between perceived burden of care and the number of positive aspects caregivers reported.

Epel’s research team at UCSF recently published an intriguing report suggesting that the ability to integrate the meaning of caregiving through self-awareness, adaptation, and growth can buffer the negative effects of stress. Previous research has shown that people who coherently integrate difficult experiences into their life story–if they can find purpose and personal growth in the experience, for instance–tend to have better mental health, but no study had examined how this might impact biological indicators such as telomere length. To explore this, the researchers interviewed 88 mothers to identify narrative themes about how the women viewed their roles; 32 were full-time caregivers of children with autism spectrum disorders and the rest were mothers of normally developing children, used as controls. They measured the women’s levels of psychological stress and depressive symptoms as well as the length of their telomeres, and then retested all measures after 18 months. They found that the mothers’ ability to tell an integrated story of their parenting experiences forecasted lower levels of stress and less telomere shortening over time.

“Helping individuals better integrate the meaning of stressful experiences…may constitute a potential novel target for intervention among chronically stressed populations such as caregivers,” the researchers wrote in conclusion.

McEwen, the stress expert, believes this data speaks to the idea that stress resilience is linked to whether or not one can find meaning and purpose in their role as a caregiver regardless of the challenges they face. “It’s how you take it,” he says. “If a person has a way of fitting their caregiving experience into their life story in a more accepting way, they don’t experience as much allostatic load.”

Accepting what is and finding a sense of peace even in the midst of chaos is an oft-stated goal of meditative practice, so it’s not surprising that various modalities of so-called contemplative practices–mindfulness meditation, yoga, and mantra recitation, for example–are being explored as interventions to lessen the mental health burden of caregiving. Helen Lavretsky, M.D., and colleagues at the University of California, Los Angeles (UCLA), tested a structured yogic meditation known as kirtan kriya, which combines mantra recitation with mudras (hand positions) and visualization. A pilot study found that caregivers who practiced the meditation just 12 minutes a day for eight weeks showed improved mental and cognitive functioning and lower levels of depressive symptoms. These improvements were accompanied by an increase in telomerase activity, suggesting a benefit for stress-induced cellular aging.

A separate UCLA study being led by Michael Irwin, M.D., as a randomized clinical trial is investigating whether mindfulness meditation or cognitive behavioral therapy can ease insomnia in caregivers. The study will also examine cellular measures of inflammation and cellular aging in an attempt to decipher the mechanisms underlying any benefit that may be seen.

As science continues to sort out the best interventions to improve the health of caregivers, there are a number of strategies caregiving research suggests can help ease the burden of caregiving and reduce stress.