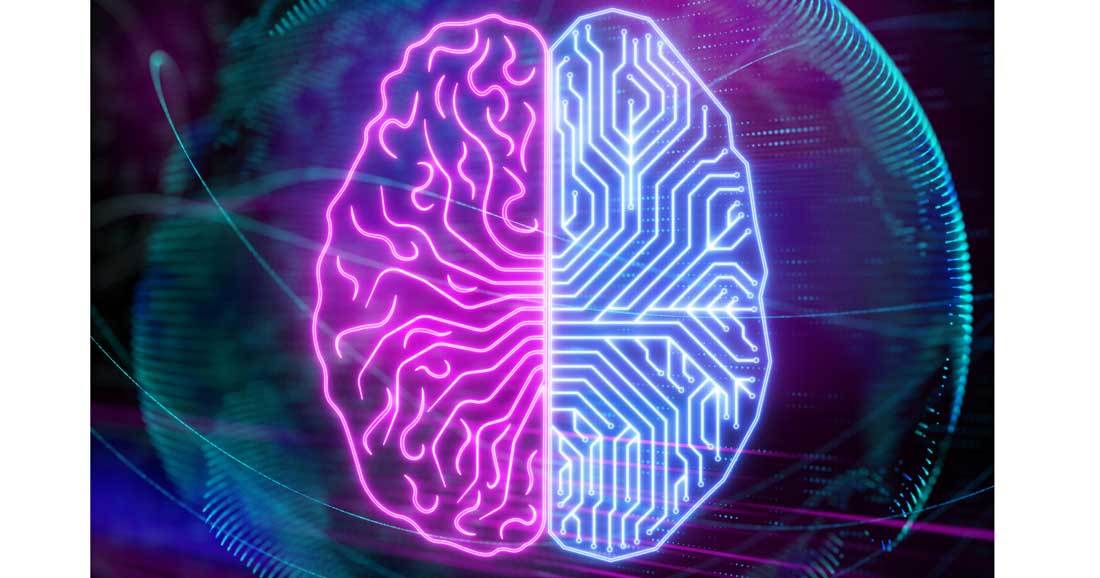 The human brain is basically symmetrical, split down the middle: the right cerebral hemisphere receives sensory input from and directs movement on the left side of the body, while the left hemisphere governs corresponding functions for the right side.

Symmetry only goes so far, however—there are differences, too. Yet in recent years, the two sides of the brain have come to symbolize two sides of human nature; the left brain hailed (or disparaged) as “logical,”“analytical, and “intellectual,” and the “intuitive” right brain as the avatar of emotion and creativity. A host of popular books, educational strategies, and even therapeutic interventions have ensued, promising to enhance abilities and relieve mental maladies by optimizing function on one or the other side of the cerebral cortex.

The reality is not so simple—and a good deal more interesting. And like so much in neuroscience, far from fully understood.

From Hand to Brain

The origins of cerebral asymmetry are unclear, but may come down to an evolutionary advantage in efficiency: locating a specific cognitive function in a compact area on one side of the brain frees neural space for other functions on the other, and reduces the frequency of transmission errors.

Whatever the reason, the most obvious manifestation of brain lateralization is handedness. About 90 percent of people are right-handed: they have much better control over fine movements with their right than left hand, and preferentially use their right hand for most activities. The remaining ten percent are left-handed or ambidextrous.

Until fairly recently, scientists assumed handedness (and presumably the cerebral asymmetry that underlies it) to be uniquely human. But it has become clear that equivalents are actually quite widespread: about 65 percent of chimpanzees use the right hand for demanding tasks, for example, and 90 percent of parrots pick up objects with the left foot.

In terms of mental function, the first studied and best documented consequence of brain asymmetry involves language. Following the observation that stroke or injury to the left side of the brain often disrupts the ability to speak, some 150 years ago the physician Paul Broca identified a region in the left frontal lobe as crucial in speech production. Roughly a decade after his discovery of “Broca’s area,” neurologist Carl Wernicke localized the ability to understand words in another part of the left hemisphere, the superior temporal lobe: “Wernicke’s area.”

While the two sides of the brain are roughly equal in size, in most people these parts of the left hemisphere are slightly larger.

But like handedness, size discrepancy and language dominance are reversed in a minority; for about 30 percent of lefties, the right hemisphere rules in these regards. The same is true for about 3 percent of right-handers. In another substantial minority, control of language seems more evenly distributed between the hemispheres. Functions in which the right hemisphere commonly predominates have taken longer to pin down, and are less marked than language dominance.

This side seems particularly important in spatial orientation—people with right brain injuries are prone to getting lost even in familiar surroundings, and may become unable to draw. It appears to play a crucial role in regulating aggression (in animals as well as people) and intense emotions.

There is evidence to suggest that self-awareness and the ability to understand that the mental lives of others—their emotions, attitudes, and beliefs—are similar to our own are also mediated by the right hemisphere. Humor and the nuances of metaphor ostensibly depend on the right side of the brain as well, while the ability to focus attention and follow sequential directions have been associated with the left.

But lateralization isn’t the whole story. Even in language: stroke or injury to the right side of the brain commonly impairs the ability to understand the emotional aspects of speech (e.g. the difference between a declarative, questioning, or ironic statement) carried by intonation and phrasing. To understand language fully, then, requires both sides of the brain, working together.

The hemispheres, after all, are not truly separate: communication between them is enabled by commissural fibers, broad white matter tracts through which a constant traffic of neural messages pass from side to side. The most prominent of these is the corpus callosum, but smaller commissural tracts connect the hemispheres as well.

Beyond the implications of gross anatomy, our increasingly nuanced view of lateralization reflects a more general evolution in our understanding of how the brain works: while some basic functions can reasonably be localized to “modules” or specific regions (such as the visual and auditory cortices), more complex functions, such as the cognitive capacities popularly associated with the right and left hemisphere, are better explained in terms of networks that may spread across large areas of the brain.

Music offers an illustrative example. The ability to produce and respond to music is conventionally ascribed to the right side of the brain, but processing such musical elements as pitch, tempo, and melody engages a number of areas, including some in the left hemisphere (which appears to subserve perception of rhythm). It has even been suggested that skilled musicians use their left brain more in responding to music than do the musically naïve, and that parts of the left brain may play a key role in appreciating the emotional dimension of music.

Perhaps the most seductive and tenacious belief about brain lateralization is that the right hemisphere is the creative side—so much so that “right-brained” has become a kind of shorthand for “creative.” But creativity remains an elusive phenomenon that resists simple explanations. There is indeed evidence that a particular region of the right hemisphere is activated in certain kinds of creative breakthrough—the “aha” moment of insight in which the answer to a problem appears suddenly and without conscious knowledge of the steps that led

there. But the problem-solving process leading up to the insight, it appears, depends on a more broadly distributed cortical network.

What’s more, research suggests that a different manifestation of creativity, the ability to make up stories, weaving unrelated objects or phenomena into a coherent narrative, chiefly relies on the left brain.

It may be that rather than reflecting the dominance of one hemisphere over the other, creativity in essence represents a glowing demonstration of their ability to work together. The degree of laterality apparently varies among individuals: cognitive functions may be sharply divided between the left and right side of some brains, more evenly distributed in others. If, as many believe, creativity depends on the ability to integrate information, it should flourish in the latter condition, where communication and interaction between hemispheres are most robust.

Since the brains of left-handers are as a rule less lateralized than right-handers, this could account for the observation that lefties as a group tend to be more creative.