Back to Parent Page
HomeCerebrumSocial Media & Teens: No Simple Answers 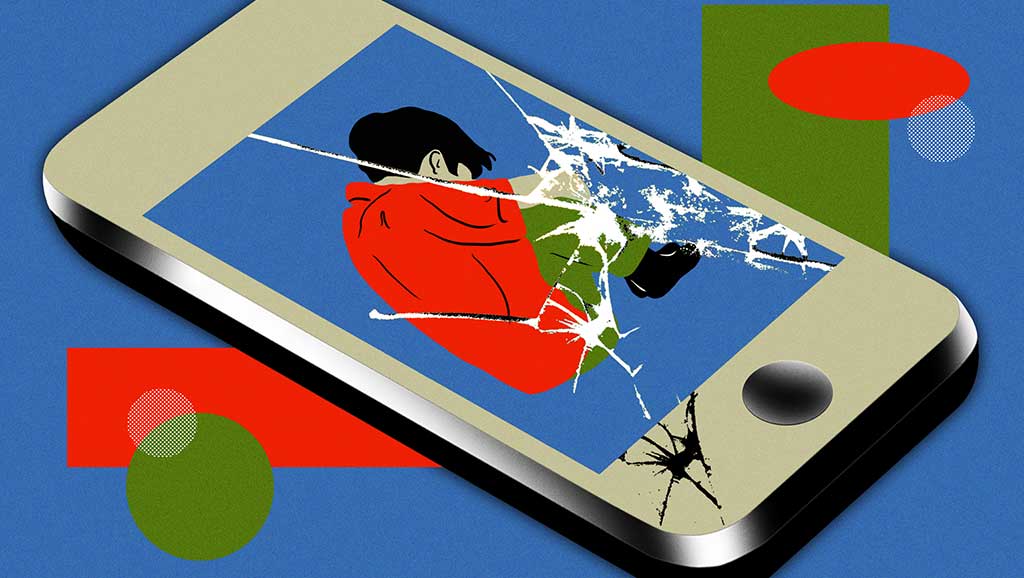 Parents, educators, and clinicians alike are increasingly concerned that contemporary youth’s seeming obsession with social media sites like Snapchat and Instagram may be fundamentally changing how their brains develop and heightening their risk for mental health disorders. Alarm bells are ringing in part because of the steeply rising incidence of depression and anxiety in young people  and the striking increase in teen suicide, now at its highest rate in 20 years. These trends parallel the rise of the smartphone culture and near-universal use of social media by young people.

But is social media the smoking gun behind the apparently deteriorating mental health of adolescence, or just a coincidental phenomenon?

Sorting out those questions turns out to be no simple task, with decidedly mixed results. While many studies have found social media use to have significant negative mental health effects, some have found no effects, and still others have shown a protective effect. The only thing that seems clear at this point is that the relationship of social media to mental health is not at all clear.

A big question is causality, the chicken-or-egg issue of which came first. Cross-sectional studies, which comprise the bulk of current research, capture a moment in time and can show only an association between two or more things, in this case time spent on social media and psychological symptoms. But just because social media use appears at the same time as depression or anxiety doesn’t mean that social media is the cause of depression or anxiety. It may be that teens who are already depressed or anxious turn to social media more frequently. Proving causality requires long-term tracking, and results from these kinds of studies are just beginning to appear.

One of the first studies to examine the social media-mental health interaction over time found a heightened risk of depression in adolescents who spent three or more hours a day on social media. Kira Riehm and colleagues at Johns Hopkins University examined data from a nationally representative cohort of 6,595 US adolescents, tracking self-reported mental health symptoms and social media across a three-year period (mental health as baseline in year 1; social media use in year 2, and mental health again in year 3). Even a half hour of social media use, compared to none, was correlated with greater depression symptoms one year later, particularly so-called “internalizing” behaviors such as withdrawal, avoidance, and loneliness. In an interview, RIehm emphasized that while her team’s study doesn’t prove causality, it does provide clues about the temporal course of depressive symptoms as they relate to time on social media.

Patricia Conrod, Ph.D., and colleagues at the University of Montreal found that depression symptoms increased with every hour of increased time on social media, and corresponding drops in self-esteem seemed to explain the changes. The report is based on data collected over four years from 3,826 adolescents (mean age of 12.7) enrolled in a preventative clinical trial in metro Montreal schools. A follow-up report from the same group found that anxiety also increased in concert with increased time on social networking sites. Data on substance use in relation to social media is forthcoming.

In contrast to these findings, psychologist Sarah Coyne, Ph.D., and colleagues at Brigham Young University found no association between time spent on social media and depression or anxiety at an individual level among 500 adolescents followed for 8 years, from age 13 to 20.

Each new study “adds to our general understanding that it’s complicated,” Paul Weigle, M.D., a child and adolescent psychiatrist who co-chairs the American Academy of Child and Adolescent Psychiatry’s media committee, said in an interview. “[Social media use] doesn’t affect all teens the same, and overall, is neither good nor bad for the mental health of teens.”

That doesn’t mean, Weigle was quick to add, that using social media doesn’t have significant effects on mental health. Rather, he said, “the effects on young people depend both on the characteristics of the teen and the characteristics of how they use social media.” Young people who have strong social support networks and are at low risk for depression (based on recognized risk factors) tend to use social networks more actively, engaging with others and posting frequently. For them, social media may boost self-esteem and have a protective effect against mental illness, Weigle said.

In contrast, he continued, young people at the highest risk for depression, who tend to have poorer social support networks and fewer friends on and off line, tend to use social media more passively, scrolling and “lurking” rather than contributing in an engaged manner. When they do post, they are more likely to get negative feedback, probably due to the types of things they post. They are also more likely to engage in risky online behaviors like cyberbullying (both as perpetrators and victims) and “sexting,” sharing sexually explicit photos or posts. For these already high-risk kids, social media use appears to increase the risk of depression still further.

All Screen Time is Not Equal

These observations, borne out by recent research, that it’s not just how much social media is used, but rather how it is used, are in line with emerging insights about the much broader category of “screen time,” which also includes video gaming, watching television or movies, video chatting, and scrolling the Web for any use, educational or otherwise.

“All media is not created equally,” says Pamela Hurst-Della Pietra, M.D., president and founder of Children and Screens, a nonprofit foundation focused on digital media and child development. “An hour Skyping with grandma is not the same as playing a violent video game or multi-tasking online or scrolling social media.” She stressed the importance of understanding which platforms young people are using, how they are engaging, and what kind of characteristics define the groups they are interacting with, such as chat rooms for gaming enthusiasts. These are factors that most studies of social media’s effects on youth have not looked at in detail. “They all play a part in how kids are growing up today, in shaping their identities and how they feel about themselves,” Della Pietra said.

A leading theory of how social media influences mental health, positively or negatively, is the idea of “reinforcing spirals.” People who are well connected with others tend to receive more positive reinforcement on social sites, which may make them feel better about themselves, whereas people with fewer connections and poorer networks may receive negative reinforcement, which can exacerbate pre-existing vulnerabilities to depression or anxiety The Montreal study’s finding that self-esteem mediated social media’s effects on depression supports this mechanism. Moreover, the negative effects of social media were slightly greater in adolescents with high levels of depression to begin with, consistent with a downward spiral. The algorithms that drive social media likely exacerbate this spiral, Conrod said in an interview. “How information is presented makes [social media] particularly effective in promoting depression,” she said.

Her group found no evidence to support “displacement,” the idea that time on social media displaces face-to-face social interaction, physical exercise, or other health-promoting activities, as a mechanistic explanation for the increase in depression, though other studies have suggested this.

Conrad noted another important characteristic of social media. “[It] is a powerful way of promoting unrealistic social norms,” she said. “Young people are being exposed to this warped, distorted reality at a time when they are constructing their own schema of the world and themselves. Their brains are developing in interaction with the messages from social media, and we have no idea what the implications of that are.”

What’s It Doing to the Brain?

Scientists are just beginning to investigate how social media and other digital media may physically impact the developing brain. The largest ongoing investigation is the federally funded Adolescent Brain Cognitive Development (ABCD) study, a prospective longitudinal study that will eventually enroll 11,500 9- and 10-year-olds at 21 sites and follow them for 10 years. Participants undergo once-yearly brain scans to track how their brains develop, which can then be related to a host of behavioral and environmental factors, including social media use and other “screen media activity.” The first cross-sectional data published from the ABCD study was directed at screen time, with the goal of establishing baselines for time spent on digital media and how that relates to brain structure and neuropsychological measures.

The results underscore the complexity of the questions around digital media use. Among all forms of digital media, time spent on social media was the least associated with structural brain changes linked to vulnerability to psychiatric disease. Social media time was, however, associated with lower scores in tests of both fluid intelligence, the ability to think and reason regardless of prior experience, and crystallized intelligence, which relates to experience and accumulation of knowledge. Across the full spectrum of digital media, results were mixed in terms of both psychopathology and cognitive performance.

“The diversity of findings provides an important public health message: screen media activity is not simply ‘bad for the brain’ or ‘bad for brain-related functioning,’ the authors wrote. Like others, they called for further investigations to examine how various digital media platforms influence the brain and cognition, and how these effects change over the course of development.

Until such investigations provide clearer answers, there seems to be a tenuous consensus for caution when it comes to adolescents and screen time. Guidelines from the American Academy of Pediatrics (AAP) urge families to create screen media plans that set aside “screen-free” times and areas of the home, including bedtime and bedrooms to encourage good sleep. The AAP guidelines emphasize parental supervision, modeling healthy screen-time behavior, and teaching digital media literacy—wise and mindful use of screen time—beginning at a young age.