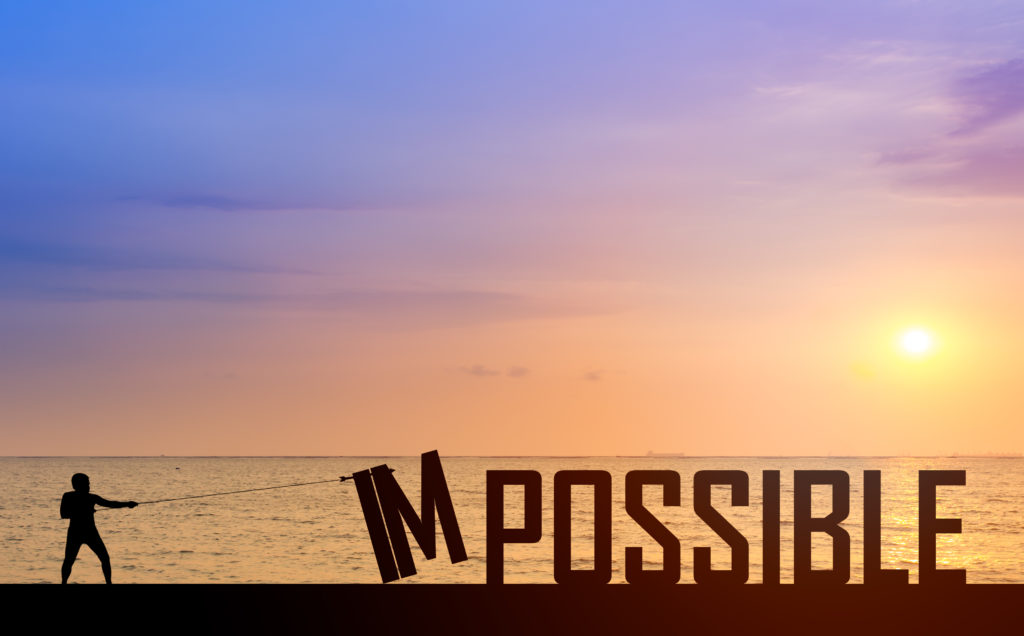 What makes one person more resilient to stress than another? How do some people seemingly take even extreme stress in stride while others succumb to depression or anxiety disorders when faced with trauma or tragedy? Could differences in brain structure or function explain it?

These questions have been asked by social scientists for decades, and a fairly comprehensive description has emerged of the kinds of emotional and behavioral characteristics that tend to describe a “stress-resilient” person–optimism, a strong social support system, an ability to find purpose in life, or a grounding in faith or spirituality, for example. A “glass-half-full” kind of person, in popular vernacular.

More recently, neuroscience has begun to tackle the question of what resilience looks like in the brain. The hope is that understanding the neurobiological mechanisms that contribute to resilience in humans will lead to better-targeted, more potent interventions. While treatment breakthroughs have been elusive, recent work has begun to shed light on what makes a brain resilient.

Eric Nestler, M.D., Ph.D., professor and chair of neuroscience at the Icahn School of Medicine at Mount Sinai and a member of the Dana Alliance for Brain Initiatives, has made the study of resilience a primary focus of his neuroscience research. “The question of what drives resilience neurobiologically or genetically has been really hard to get any kind of a handle on,” he says.

That’s beginning to change, albeit incrementally. One surprising finding of recent work is that contrary to what one might expect, resilient brains don’t look very different than vulnerable ones, at least on a whole-brain level. In 2016, Martin Teicher, M.D., Ph.D., and colleagues at Harvard Medical School/McLean Hospital reviewed some 30 imaging studies examining people who were abused as children, to identify differences in the brains of those who went on to develop psychological pathology versus those who did not, and found remarkably similar network architecture (that is, overall neural connectivity) in both groups. The finding was unexpected, and contrary to their hypothesis.

Digging deeper to try to understand this puzzling result, Teicher’s group used diffusion tensor imaging, which measures white matter integrity, to analyze structural connectivity in 192 young adults who had been maltreated as children, along with a large group of age-matched controls who had not been maltreated. These latest findings, reported in April 2019, showed reduced connectivity across the brains of resilient individuals compared to individuals with a history of psychological disorders. The most prominent changes were in the amygdala, a region strongly linked to fear learning, and suggested a sort of isolating of this key area for emotional reactions.

Hugh Garavan, Ph.D., a psychiatrist at the University of Vermont who wrote an invited commentary on the research, said in an interview that the work underscores the idea that “there are specific markers for resilience that are over and above the markers for maltreatment.” Resilience, he says, is a separate and distinct entity.

These kinds of data suggest a fundamental rethinking of resilience, Garavan says. “There has always been this implicit assumption that if you understand the disease and its cause, that resilient animals will probably have less of whatever goes wrong. I think the literature on resilience suggests that is not the case. Rather, some people have additional resources to combat disease, which we don’t understand.”

In light of this, he argues that therapeutic development needs to go beyond “just finding out what’s wrong in maltreatment and changing that, but should instead work to promote the resilience element.”

Stress Vulnerability as a ‘Failure of Plasticity’

The findings fit with the idea of resilience as an active progression of events. “The most important and interesting principle is that resilience is not a passive process,” Nestler says. He points to mouse studies that have examined the “social-defeat model,” in which animal are exposed over time to severe stress, resulting in a well-characterized syndrome of behaviors deemed comparable to depression in humans. Yet, about a third of the mice exhibit natural resilience.

“It’s not that the mice that are resilient simply don’t show the bad effects of stress that are seen in susceptible mice; some of those changes are seen,” he says. “But by far the most predominant phenomenon is that the resilient mice show a whole additional set of changes that help the animal cope with stress.”

Nestler conceptualizes the vulnerability to stress in susceptible mice as a “failure of plasticity.” Vulnerable individuals, mouse or human, suffer the consequences of a brain that has changed in response to stress or trauma but which, for reasons yet unknown, is unable to continue to adapt in ways that compensate for those damaging alterations. Put another way, they get the “bad” side of plasticity–stress-induced adaptations–but not the “good” side–compensatory adaptations. This leaves them stuck in a disordered psychological state.

A 2014 paper published in Science by Ming-Hu Han, Ph.D., and colleagues is a beautiful example of “active” resilience from a genetic perspective. Han, an assistant professor in pharmacology and systems therapeutics at Mount Sinai’s Icahn School, found in earlier work using the social-defeat model that global gene expression was vastly different in resilient vs. susceptible mice. For every 100 genes that changed in stress-susceptible mice, either up or down, 300 genes changed in resilient mice.

“This was a very interesting finding because it means that resilient animals are not actually insensitive to stress, but rather are actively using more genes during stress,” says Han.

Han and his team embarked on an investigative mission to hunt down the cause of these dramatic gene effects, eventually zeroing in on a particular ion channel, the Ih channel. Activity in the channel was markedly increased in susceptible mice but, to the researchers’ surprise, even more greatly increased in resilient mice. They went on to pinpoint a potassium channel that mediates the Ih channel’s increased activity in resilient animals only. This work suggests a clear neurobiological mechanism underlying resilience and elegantly demonstrates the active nature of resilience at the molecular level.

The finding attracted the attention of then-NIMH Director Thomas R. Insel, M.D., who in a statement highlighted its potential to “hold clues to future antidepressants that would act through this counterintuitive resilience mechanism.”

Han’s group also showed that lamotrigine, a drug used to treat depressive episodes in bipolar disorder, increased Ih channel activity in stress-susceptible animals, effectively rendering them resilient. But there was a catch: before things got better, they got worse. Since depression already carries a risk of suicide, pushing patients into a physiological state that may represent more intense depression could carry an unacceptable risk, making lamotrigine an untenable treatment. Still, there was proof of concept.

A New Direction for Drug Discovery in Psychiatry?

Han’s findings have already informed drug-discovery efforts in psychiatric illness. Nestler’s team has identified a compound, cilopradine, that blocks the Ih channel and has shown promise in an animal model of depression. Nestler hopes to procure and clinically test the drug, a proprietary chemical that was previously studied in cardiovascular disease but abandoned by its manufacturer.

This approach is in line with a clinical effort currently underway with a different type of drug, a potassium channel blocker called ezogabine, which has shown promise in an open-label pilot study in people with depression. Ezogabine was identified as part of a large NIH-funded effort that screened chemical libraries of existing drugs to discover candidate molecules with specific actions and evaluate them in laboratory and animal models as a possible precursor to human clinical trials. The pilot trial published last year is the culmination of work dating back to 2007, when Nestler’s group showed in animal studies that a prominent mechanism of natural resilience is the induction of a potassium channel subtype in the ventral striatum, a brain area linked to reward processing.

The story of ezogabine demonstrates what a long, slow road drug discovery is, and how resilience research has the potential to take it in a new direction. “Most efforts in drug development for depression in the last half century have focused on looking for ways to undo the bad effects of stress,” says Nestler. “But based on what we’ve learned, maybe a better way is to look for new ways to induce resilience.”

Until such drugs are developed, behavioral therapies try to fill the gaps in therapy. In depression, cognitive behavioral therapy–a form of talk therapy conducted in concert with a trained psychotherapist–has been shown to be as effective as antidepressant medications in most patients. In post-traumatic stress disorder (PTSD), the gold standards of treatment are behavioral interventions: prolonged exposure therapy, in which survivors repeatedly re-experience their traumatic event in safe environments, and cognitive processing therapy, a talk therapy focused on challenging and modifying maladaptive beliefs related to the trauma.

Kathleen Chard, Ph.D., a Veteran’s Administration researcher and professor of psychiatry and behavioral neuroscience at the University of Cincinnati, is leading a large, multisite VA-funded study to try to determine which of these therapies works best in which people, an outstanding question that has hampered best practices. The study has just been completed and data are currently being analyzed.

As director of the Trauma Recovery Center at the Cincinnati VA Medical Center, Chard is interested in understanding which enlisted men and women are more susceptible to having a traumatic response to military service, and ensuring that those who are exposed to trauma get the right treatment to help prevent a downward cascade into chronic psychopathology. The “right” treatment might be different based on one’s genetic make-up and various interpersonal characteristics that seem to be linked to PTSD, such as temperament, the culture in which one is raised, and the environment that one is in after trauma occurs, she says.

“I think we have to be very cautious to adopt resiliency protocols that are actually proven to be effective in the area that we’re using them,” Chard says. “I don’t know that we can say that a resiliency protocol that’s good for high school students is good for police officers. We need to think about resilience as not being one size fits all.”