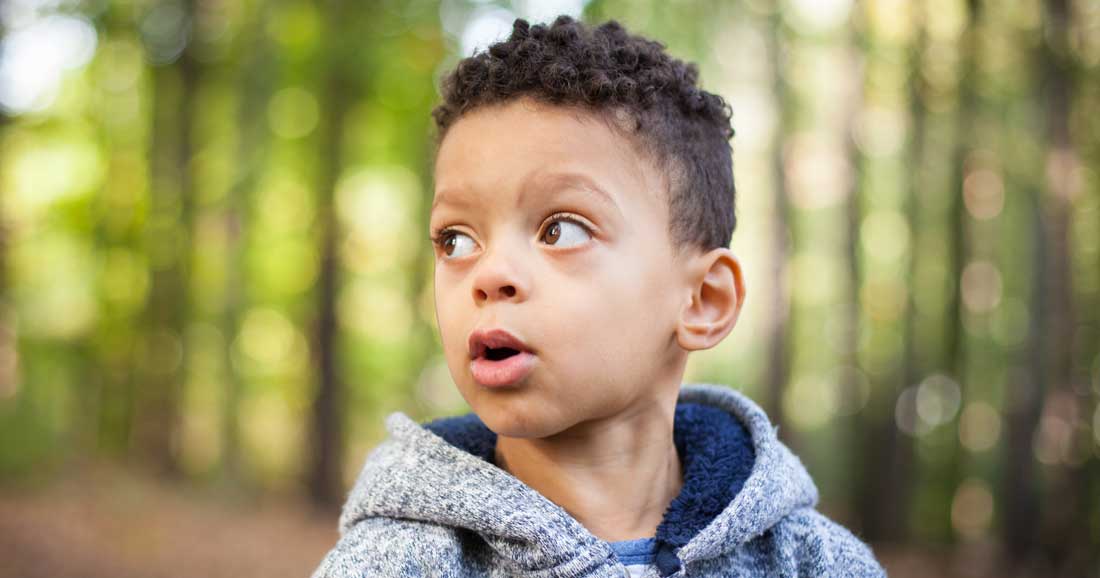 All of our senses give us vital information about our surroundings, but the one we rely on most is vision. Barring vision-impairing conditions, we walk (or drive, or ride) safely through the world, recognize friends (and enemies), read, write, and otherwise learn what’s happening by the power of sight.

Accordingly, the physical apparatus for gathering visual information—the eye—and the brain circuits that process this information are more complex than corresponding systems for the other senses. The brain devotes more space to vision than to all other senses combined.

How the Eye Works

The sense organ for vision is an exquisitely evolved biological instrument for turning light into the brain’s language of electrical signals.

The eye is roughly spherical and about an inch in diameter. In the front, the cornea and lens focus light reflected from objects in the
world onto the retina in the back of the eye. The lens changes shape to allow us to see both near and far objects clearly. 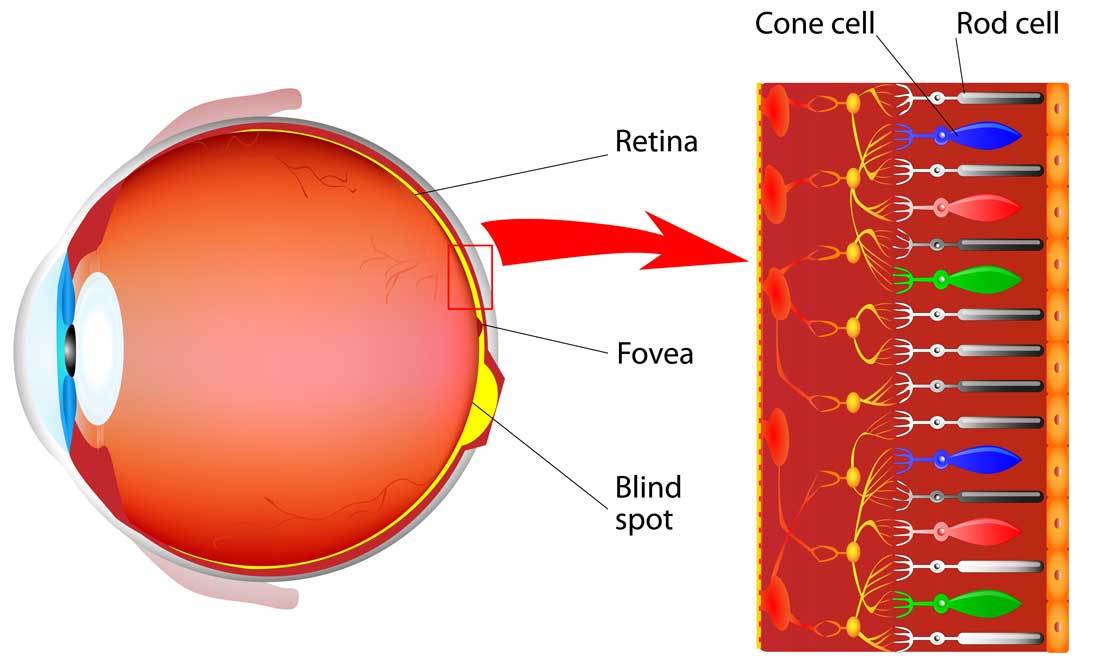 The retina contains nerve cells as well as a layer of 120 million rods and cones, receptor cells that respond to light. There are three kinds of cones, each “tuned” to different parts of the light spectrum. Some react primarily to red, some to green, some to blue light. Because of the brain’s ability to organize information about the relative intensity of these three primary colors-in essence, mixing them-from such a simple palette we can distinguish millions of colors.

The cones are most concentrated in the very center of the retina—a tiny spot called the fovea, responsible for our most acute vision and the region we use when we “focus” our vision on something.

Cones function well only in reasonably bright light. Rods, which are more than 100 times more light-sensitive, let us see in near darkness. But they don’t distinguish colors, and so the twilight world fades to shades of gray. Similarly, because rods greatly outnumber cones in outer areas of the retina, colors seem washed out in peripheral vision.

In both rods and cones, light initiates chemical reactions that activate neurotransmitters to generate nerve signals. Other cells in the retina gather and start to sort these signals and send them on their way, via the optic nerve, to the brain.

These signals carry the basic components of light, color, and shape—the sensation of vision. Interpreting this barrage of unstructured data as meaningful images—the people, places, and things that we recognize and react to as the visible world—requires a complex mental process called perception.

Most of this processing takes place in the visual, or occipital, cortex, the rearmost part of the highly evolved outer layer of the brain. Signals from the eye arrive here after passing through the thalamus, a kind of switching station for all the senses.

In the visual cortex, this information is sent on to some 30 different regions, each specializing in its own aspect of sight. The underside of the cortex organizes visual signals into shapes and colors; signals going to its upper part register location and motion. One region specializes in faces; another, places. A tiny patch of circuitry responds to words when we learn to read.

As with the other senses, visual perception engages other parts of the brain as well-signals flow back and forth to regions that store memory, govern emotion, make decisions, and initiate action—as we recognize, interpret, and react to what we see.

It’s a highly active process. The brain “completes” pictures, so you can envision an object from a fragmentary glimpse. Emotions amp up activity in the visual cortex, so colors look more vivid and details stand out when we’re happy, angry, or frightened. Heightened attention—vigilance—increases visual acuity.

The visual arts—drawing, painting, sculpture—showcase the power and complexity of our sense of sight. When we appreciate a great painting, we discriminate subtleties of color and brightness, and we respond to the relationship between forms. The transforming power of perception makes a flat surface seem three-dimensional.

Art connects the visual system with other brain areas. Research suggests that we activate regions that control posture and motion that correspond to the positions of depicted figures, and our emotional centers resonate with feelings expressed on canvas or in marble.

That the artist sees the world differently reflects, in part, the way higher brain areas can be trained to process visual information. Learning to draw, one researcher found, leads to changes in the visual cortex and regions that facilitate working memory.

Most of the age-linked decline in vision reflects changes in the eye. By their late 40s or 50s, most people find it harder to read pages up close. This presbyopia, or far-sightedness, occurs because the lens is no longer flexible enough to focus on near objects.
The aging eye is more susceptible to glare, takes longer to adjust to changes in brightness, and doesn’t work as well in dim light. Declining sensitivity means a narrower field of vision. One result: night driving becomes difficult, even dangerous.

Over time, the lens loses transparency. When perceptible, this cloudiness is called a cataract and can interfere with reading or driving—and even lead to blindness. It can generally be corrected by surgically implanting an artificial lens. By the age of 80, about half of Americans have cataracts or have had surgery to correct them

In age-related macular degeneration, the most sensitive part of the retina deteriorates, leading to loss of central vision. Because peripheral vision is naturally less detailed, the resulting visual field looks something like a “donut” with a hole where the clearest part of the picture should be. Changes in visual perception are also widespread: age typically blunts depth perception and the ability to see contrasts. This may contribute to falls.

Protect your vision with regular eye exams. Corrective measures will optimize your ability to see despite age-associated changes, and early treatment may slow progression of conditions like macular degeneration.