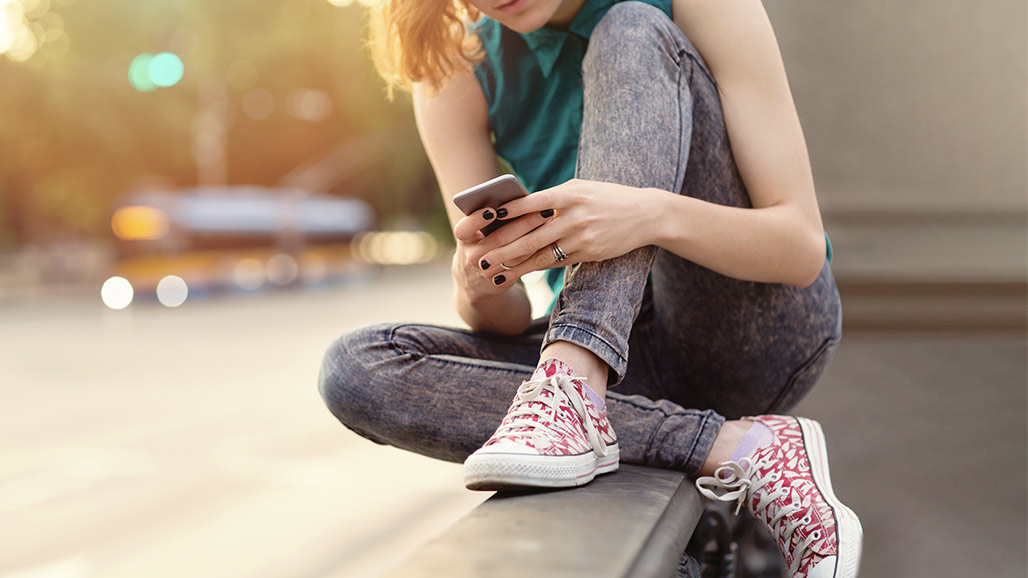 Over the past decade, the number of mental health issues reported by children and adolescents has skyrocketed. More than 17 million children in the US are affected by a psychiatric disorder, reported the Children’s National Health System last November. While there are many hypotheses about why these rates have risen so dramatically, one common scapegoat is social media use. Adolescent use of platforms like Facebook, Twitter, Instagram, and Snapchat have grown almost in lockstep with the rate of mental health problems, and epidemiological studies have shown a strong correlation between their use and symptoms of depression. A new study out of Texas State University suggests it’s how we use social media, not the tool itself, that may lie behind this association, a distinction that might one day be used to identify and treat, instead of exacerbate, mental health problems.

As social media platforms gained in popularity, and sharpened their strategies to make us stay connected longer, researchers wanted to study their effects on emotional well-being, both positive and negative, says Brian Primack, a pediatrician and director of the Center for Research on Media, Technology, and Health at the University of Pittsburgh Medical Center.

“A lot of people, from different fields, were drawing potential connections between social media and mental health, good and bad,” he says. “There had been studies suggesting that social media might be good at expanding social circles and connections when you weren’t feeling great—which is presumably what it was designed for—and other studies that suggested there were unintended negative consequences. But it hadn’t been systematically studied.”

In 2014, Primack and colleagues ran a nationally represented epidemiological survey to look at the association between social media use and depression, anxiety, and perceived social isolation. After surveying more than 1,700 young adults aged 19 to 32 across the US, the researchers found a strong association between social media use and increased risk of depression. The results were published in Depression and Anxiety in 2016.

Primack says he was surprised at just how strong the correlation was, but it’s important that people don’t see his results and “throw the baby out with the bathwater.” To start, with such studies, he says, one cannot determine causality. It’s unclear whether extensive social media use leads to depression or depressed people are just more likely to seek connection online. In addition, he says, people use social media in very different ways—and how the tool is used likely influences its effects on emotional well-being.

“Someone may spend two hours a day looking at funny videos of puppies and kittens while another person argues with everyone on their friends list about politics,” he says. “In our study, they would be placed in the same bucket because they spent the same amount of time using social media—but that doesn’t mean they were affected the same way. When you have a big epidemiologic study like ours that says there is an overall relationship, you can’t say that the relationship is going to be true for every single person. There are a lot of nuances about social media use that we need to explore.”

Natalie Ceballos, a neuroscientist at Texas State University, along with colleague Krista Howard, a health psychologist at the same institution, tried to get at some of those nuances in a recent study. The researchers recruited more than 500 undergraduate students who frequently use social media to complete an anonymous online survey that measured both depressive symptoms as well as specific types of social media behaviors.

“Previous studies have stated that excessive social media use can maybe contribute to depression,” says Ceballos. “But we wanted to see what specific things people with depression were doing on social media that might be different from people who didn’t.”

They discovered that the study participants who met criteria for major depressive disorder were much likely to engage in negative behaviors, like comparing themselves to others unfavorably and showing concern about being tagged in what they considered unflattering photos. They also tended to have fewer social media connections and were less likely to post photos of themselves with other people. The results were published in the January 8, 2019, issue of the Journal of Applied Biobehavioral Research.

“This is just a correlational study so we can’t just say, ‘These are the things that make us depressed. Don’t do this and you’ll be fine,’” she says. “But our results support other findings in the literature and offer the possibility that we can recognize people’s pattern of usage to potentially identify people who may be at risk for serious mental health problems.”

An avenue for treatment?

Both Primack and Ceballos are continuing to work on studies to help better understand all the ways that social media use may be connected to mental health—those so-called nuances may not only provide guidance on what kinds of behaviors might be better avoided but may also offer potential avenues for treatment.

It can be quite difficult to identify and treat younger adults who are suffering from mental health disorders—and social media may present a way to find them, says Saeed Hassanpour, a data scientist at Geisel School of Medicine at Dartmouth University.

“There are many reasons why it may be hard to reach out to these people—the stigma, they don’t think they need help, they may live in rural areas where help isn’t readily available,” he says. “But if we understand the problematic behaviors linking depression and social media use, we can use that as a platform so we can reach out to people at higher risk and even provide tools to help them.”

“As we learn more, it is possible we can leverage some of the valuable things that social media can offer in terms of community and connection,” he says. “We didn’t start our work to pick on social media. We actually thought—and think—there is value to social media in some ways. So if we can use the power of these tools to help identify who may be at most risk for what reasons, we have the opportunity to better understand how to help them.”