Back to Parent Page
HomeArticlesThe Right to Neurotechnology: Exploring the Government’s Role on Societal Stratification in the Future of Human Enhancement 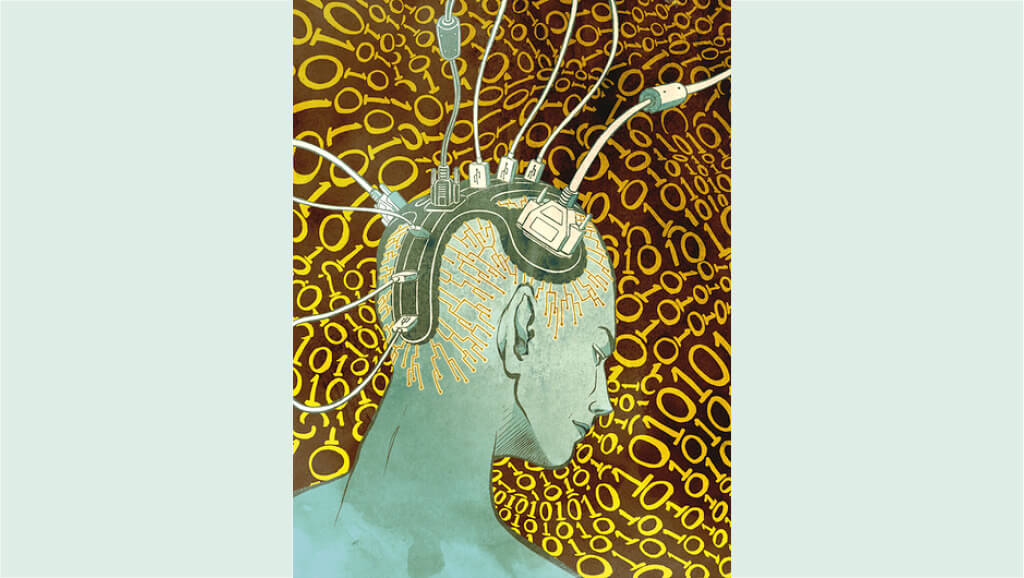 Each year the International Neuroethics Society (INS) holds a Neuroethics Essay Contest to promote interest in neuroethics among students and postdocs early in their academic careers. This is the winner in the high school category; the winning academic essay is by Khayla Black, and the winning essay for a general audience is by Sunidhi Ramesh.

Neurotechnology, technologies designed for examining or altering brain functions, has been an ever-growing topic of discussion in recent years. Many of these technologies have already been implemented for years from EEGs, which measure brain activity using scalp caps, to TMS therapies, which use the properties of electromagnetic induction to induce tiny currents within the brain aid symptoms of depression. However, these technologies have potential beyond curing neurological ailments. With start-ups such as Elon Musk’s Neuralink receiving increasing amounts of funding and media attention, it seems as if it is only a short amount of time till we see the first superhumans with technologically-enhanced physical and cognitive abilities.

However, these technologies will likely be expensive. Currently, deep brain stimulation treatments, where electrodes are placed deep inside the brain to alleviate symptoms of Parkinson’s, cost around $25,000-35,000 according to a CADTH report (2018), but can go higher in the United States, the majority of which can be covered by insurance. Unfortunately, the cost of invasive brain enhancement techniques accounts for surgery through multiple, key brain lobes; materials for specialized electrodes and microcontrollers; and significant markups to service the treatment and future maintenance, leading to any conceivable treatment to realistically be in the hundreds of thousands of US dollars. In order to ensure that these enhancements can be accessible and affordable to the general population, the government should intervene to prevent socioeconomic division.

If attractive enhancements cannot be delivered at lower costs, this will create a social divide between those who can afford enhancements and those that cannot. With certain people holding higher cognitive and physical capabilities than others, we risk concentrating wealth into a select class due to market demands for high efficiency and productivity. In contrast, the average worker or entrepreneur, will be left behind no matter how hard-working or self-driven they are. The class of stronger, smarter, and happier people may engage in attempts to discriminate against and dominate the rest of the population.

Some may argue that these social stratifications already exist and are properly dealt with via legislation in the context of, for example, the education system. Children from better backgrounds receive a better education through better access to resources, yet we do not call for massive reorganization of the education system despite clear disparities between children; instead we adopt systems such as affirmative action (Veit, 2018). This is, in contrast, a flawed viewpoint. The public education system, despite social stratification, allows for social mobility into higher paying jobs and better standards of living. With neurotechnology however, these goals are farther from the poor. Richer children may find that “meritocracy” near guarantees them a well-off life as they can self-ensure their performance on math tests with the click of a button. Relief programs won’t make the underlying problem go away. This is where governments must step in.

The concerns stated conflict with Article 22 of the Universal Declaration of Human Rights that all people are entitled to “economic, social and cultural rights indispensable for his dignity and the free development of his personality.” By this interpretation, governments are expected to maintain the dignity of all its citizens by somehow regulating neurotechnologies to stifle any inequalities. Conceivably, there are two routes that a state could take on neurotechnologies to prevent stratification: outright bans of them or insuring their access as a right just like that of education or health care.

Consider the route of the outright ban of technologies. By restricting the right to use neurotechnologies, a government is not only preventing inequality, but also setting lower standards of cognition and physical abilities. Do such laws, designed to uphold Article 22, even properly abide by that standard? According to Ienca and Andorno (2017), the advancement of neurotechnologies leads us to develop the right to “cognitive liberty”, which entails their legalization. According to the legal system, individuals are naturally endowed with the right to control their own conscience in manners that do not infract their other rights and the rights of others. Using the approach of illegalization of neurotechnologies, we may see more equality. However, this approach ultimately transgresses other rights at the cost of freedom. If such societal dissonances go unchecked, there may be a rise in unsafe enhancement technology alluding to the effects of the Prohibition Era in the US.

Now consider the alternative of insuring neurotechnological access to the general population. Governments may need to subsidize, set price ceilings on, or regulate the types of enhancement any specific person could acquire. Nevertheless, the end result is that all people have access to cheap (or free), safe, and legal enhancements that ensure both that social stratifications don’t widen and that people maintain their fundamental freedoms. From a utilitarian standpoint, there is a strong intellectual and economic incentive as well. In one essay, the need and demands for enhancements is intrinsically related to economic desires as the “mental economy” of today where creativity and enterprise is demanded more from workers than ever (Bublitz, 2013). Furthermore, as poorer cognitive abilities are typically marked with generally lower standards of life and a restricted mobility through the social ladder, ensuring universal access to enhancement neurotechnology may uplift people beyond how their current capabilities reducing class and educational barriers between them.

The neurotechnology market has been increasing for a long time and a market report predicts that the overall worldwide market will reach 13.3 billion US dollars by 2022 (2016). Such programs will almost certainly come under scrutiny for their immediate price tag and regarding whether these programs force citizens to rebel from “the natural order” despite their beliefs. Each of these conversations merits their own, separate conversation. However, if and when these technologies become mature and common, our governments, the institutions that are designed to protect our rights first and foremost, must take action to ensure that basic liberties are protected and scientific progress remains untampered with in an increasingly evolving world.