Back to Parent Page
HomeArticlesWho is Left Behind in the Movement to Normalize Marijuana? 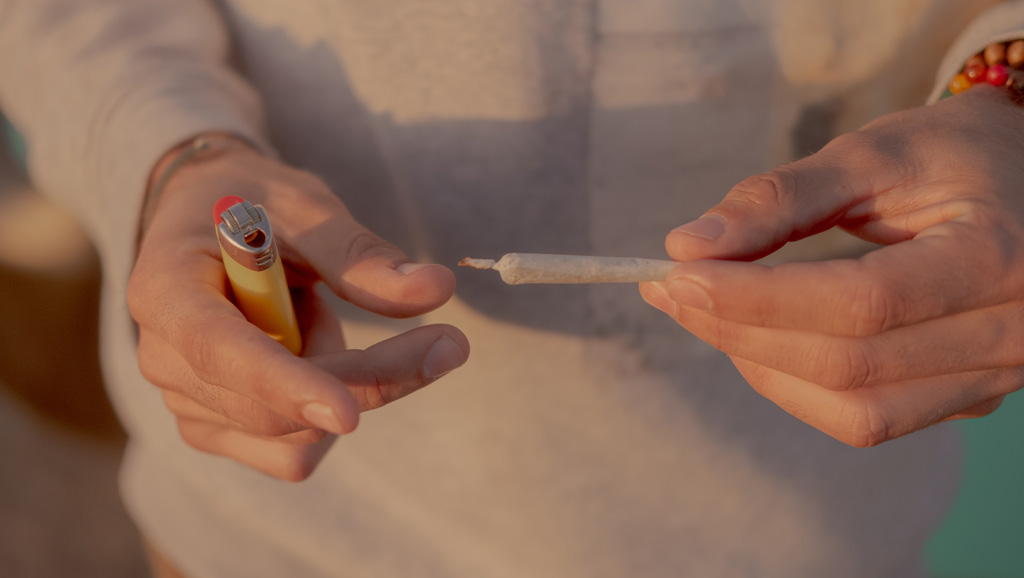 In the rush to cash in on cannabis, some experts worry that vulnerable populations—including marginalized communities, children, and youth—will pay a steep price.

The nation’s top addiction scientist, Nora Volkow, is one of those concerned. Pregnant people, children, and adolescents are most at risk for the harmful effects of marijuana, the director of the National Institute of Drug Abuse (NIDA) said in an interview. She warned against ignoring the long-term effects of younger generations growing up in a sea of easy-access high-potency cannabis.

“As you normalize marijuana and make it more accessible, you’re increasing the risk of young people to be exposed to marijuana and to consume it regularly. Those consequences are likely to be much more costly economically than the revenue you’re gaining,” Volkow said.

Adolescents are twice as likely to become addicted to marijuana than adults; about 20 percent of adolescent users develop cannabis use disorder vs. about 9 percent of adults, she said. Exposure to marijuana during rapid periods of brain growth and maturation is particularly worrisome.

“Our main concerns about the negative effects of marijuana are during pregnancy and childhood into adolescence because we know that the cannabinoid system is involved in brain development,” said Volkow. “These periods, in which the brain is forming and changing at the fastest pace, are when you see effects of marijuana that are perhaps unique and different from its effects in an adult.”

The long-term consequences of legalized marijuana for adults are likely to be the harshest for the same marginalized communities still reeling from the decades-long criminalization of drug use. Launched by President Richard Nixon in 1971 and reinvigorated by President Ronald Reagan in the 1980s, the War on Drugs led to an immediate and dramatic increase in incarceration of mostly Black and Brown people that kept rising right up to 2010, two years before the first state legalized recreational use. Even with legalization, racial inequities in arrests and incarceration continue to be staggering.

Stephanie Tabashneck, a senior fellow in law and applied neuroscience at Harvard Law School’s Petrie-Flom Center, reviewed the systemic racism permeating drug law enforcement during a panel on neuroscience and cannabis held in April at the center. Disproportionately more Black people and Latinx people are stopped, searched, arrested, charged, and convicted for drugs. They are also sentenced more harshly. In every state, Black people are jailed at higher rates than white people—13 times higher nationally. Eighty percent of inmates in federal prison are Black. Child welfare laws disproportionately target families of color, including prosecuting women for using marijuana during pregnancy. The list goes on.

“The overwhelming number of people who are incarcerated for marijuana crimes are Black and brown. We know that people of color and white people use marijuana at very similar rates, so we shouldn’t be seeing any difference in the percentage,” Tabashneck said in an interview.

“Even with the shift toward legalization, even in states that have legalized cannabis, we’re still seeing extreme disparities in who is getting cited for marijuana violations,” she said.

There’s a growing call for restorative justice to help right the damage done by past convictions for actions that are now legal. Drug convictions—even minor ones—can have lifelong economic consequences. Incarceration severely complicates job prospects and leads to a downward economic spiral that can continue for generations. It nullifies the ability to get federal student aid or professional certifications, and much more. In short, it ruins people’s lives—and marginalized communities are far  more affected because of the racist legacy of drug enforcement.

“Increasingly, there is more awareness that any decriminalization and legalization effort needs to also address the history of the war on drugs,” said Carmel Shachar, a bioethics specialist and executive director of the Petrie-Flom Center. “I think a lot of that is tied up in an increasing awareness of the racial inequities in this country, because the war on drugs has hit communities of color heaviest.”

Signs the needle may be moving on restorative justice include recent efforts to link expungement of marijuana-related offenses to cannabis legalization. That means people can go through a legal process to clear their records of marijuana-related convictions, but that process requires significant effort, resources, and the knowledge to do it – what Shachar calls “social capital.” And it can be expensive.  Some states, along with federal legislation under consideration in the Senate, go one step further to automatically clear cannabis offenses upon legalization. It’s part of a rising cry against the hypocrisy of a system that rushes to capitalize even as it continues to imprison.

“A lot of social justice advocates have done really great work in arguing that a scenario in which companies are profiting by selling marijuana shouldn’t exist side by side with people of color having these drug convictions on their records that prevent them from say, participating in the legalized cannabis industry, or pursuing other employment,” Shachar said. She sees expungement as necessary to address this “glaring inequality.” And it has to be automatic, she says. Putting the burden to expunge on the person who’s been harmed, as many states do, only exacerbates inequities.

Illinois was one of the first states to make expungement for cannabis offenses automatic when it legalized the drug for recreational use. Nearly 700,000 people became eligible for expungement of their court records, 500,000 of them meeting the criteria for automatic expungement via the state police. In practice, though, the program has suffered setbacks and complexities around design that are still not resolved.  Social-justice advocates have pointed to the cumbersome expungement process in Massachusetts as another example where restorative-justice efforts that may look good in legislative ink are falling short in practice.

Imprisonment for marijuana offences poses the same ethical conundrum, she says. “If, as a society, we think that you shouldn’t go to jail for cannabis possession or sale, then the people who are in jail shouldn’t be incarcerated for that, especially if there’s no other conviction. To leave them in there highlights again how unevenly we let the benefits and the burden of the cannabis industry sit on different communities.”

In contrast to the nascent trend to reconcile marijuana legalization with past or current incarceration for using it, there’s been a noticeable lack of movement to use cannabis-generated monies to fund drug education and prevention. Volkow, the drug chief, would like to see that change.

“We know that prevention works,” she said, but evidence-based interventions are not being implemented in step with legalization. “Decisions are being made not on the basis of the science but on multiple other considerations,” she said, namely revenue.

“What we are now wanting to highlight is: Did you neglect the importance of providing the prevention efforts to ensure that these drugs are not accessible to teenagers and that you are protecting children and pregnant women?” Volkow said. “If you do not have those prevention structures and supports in place—which also means access to treatment—you are going to end up with a very vulnerable population suffering from the adverse effects of marijuana consumption.”

“Cannabinoid receptors are the most abundant cell-surface receptor in the brain,” Mount Sinai neuroscientist Yasmin Hurd said during the law school webinar. “They’re not there for our consumption of cannabis and THC. They’re there because we have very intricate and extremely complicated endogenous cannabinoids.”

These naturally occurring, biological endocannabinoids play essential and dynamic roles across the continuum of brain development. It regulates the migration of neurons during early development. It’s important for motor coordination, learning and memory, emotional regulation, mood, and anxiety. It’s involved in the formation, plasticity, and pruning of synapses. It’s essential for the fundamental nuts and bolts of how cells talk with one another, right up to the last stage of brain maturation in the prefrontal cortex.

Meanwhile, the second compound, CBD, which seems to have some protective effects that might balance the harmful effects of THC at the cellular level, has been largely hybridized out of many contemporary commercialized cannabis strains. Whereas traditional marijuana had a mix of THC, CBD, and hundreds of other phytochemicals, many cannabis products today deliver high doses of THC that has been chemically extracted from plants. ”You’re not talking about normal cannabis,” Hurd said. “It’s very important what’s in those cannabis strains, and the combination makes a difference. They’re not equal for the brain.”

Hurd’s observation encapsulates the basic problem with cannabis research today: It can’t keep up with the rapidly changing strains and claims of the commercializing industry. Recreational cannabis stores entice buyers with neon signs promising they will gain focus and attention with one strain or better sleep with another, but none of those claims are based on verifiable science. Only one CBD product is approved by the FDA, for treating seizures. CBD also has potential as an anti-anxiety medication, Volkow said, but more study is needed.

Research progress is slow because of marijuana’s status as a Schedule 1 drug, which means it’s considered to have a high propensity for addiction and no known therapeutic value. Studying any Schedule 1 drug requires jumping through successive regulatory hoops, something a lot of researchers—Volkow included—don’t want to do. In April, Congress passed legislation to try to open other roadblocks, but that law leaves the Schedule 1 hurdle in place. Volkow says NIDA is working with the Drug Enforcement Agency and FDA to navigate the path forward.

“Without that research, we won’t be able to understand what marijuana does, so it is crucial,” Volkow said. “We should be using the knowledge we’ve gained in science to guide policies, as opposed to what makes the most sense in terms of taxes or earnings.”

Recording of April 20, 2022, panel Neuroscience and Cannabis: Implications for Law and Policy, at the Petrie-Flom Center at Harvard Law School

A Perfect Storm: The Substance-abuse Avalanche Brought on by the Covid-19 Pandemic – January 2022 article for us co-authored by panelist Jasmin Hurd

Marijuana: Young Minds and Other Concerns – 2021 neuroethics column by Philip Boffey on questions arising on next steps as US states continue to legalize marijuana for therapeutic and recreational uses

The phytochemical diversity of commercial Cannabis in the United States – May 19, 2022 article by Christiana J. Smith,  Daniela Vergara, Brian Keegan, Nick Jikomes in PLOS One