Back to Parent Page
HomeBriefingsWhen is the Brain “Mature”? 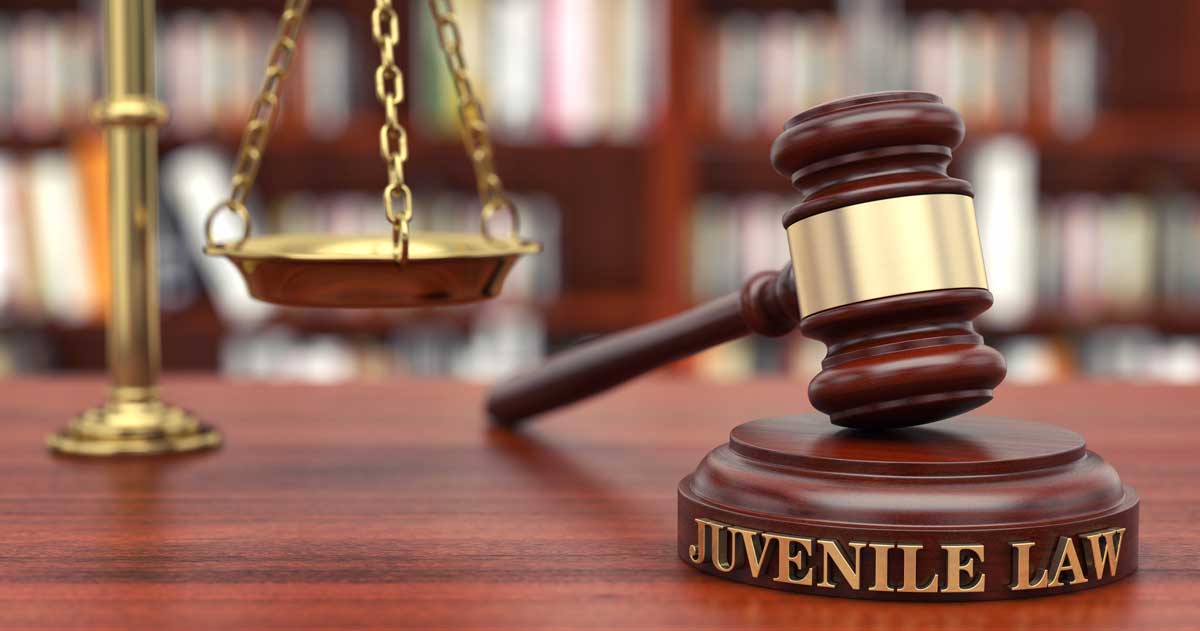 Ask a handful of people at what age an individual becomes a fully-formed adult and you are likely to receive just as many answers. Some might say it happens when you get your first full-time job, others may say it doesn’t occur until you become a parent. Another one or two might joke that adulthood is the kind of thing that can remain elusive even after decades. Others may simply invoke the rules defined by public policy and say “18 years of age” or “when I could drink.”

But what happens when you ask a developmental neuroscientist when the human brain reaches “maturity”?

“We’re learning that there isn’t a one-size fits all message for when an individual reaches maturity, nor a one-size fits all method for even how we should measure maturity when it comes to the brain,” says Abigail Baird, a developmental neuroscientist at Vassar College and a Dana Alliance for Brain Initiatives (DABI) member. “It would be great if, say, this one spot in the brain turns blue when you are fully mature. But it doesn’t work like that. We’re learning that maturation is about the refinement of circuits and larger networks that produce increasingly coordinated behavior and brain activity. And those refinements and improvements in neural coordination are heavily dependent on not only neurobiology, but also practice and experience. And this is all without even considering the influences of individual differences, which undoubtedly have a significant impact in the nature and timing of maturation.”

Despite the lack of a qualifying blue spot, new scientific findings regarding the brain, adolescence, and neurodevelopment are informing legislation and public policy across the country. Those results are shaping legislation ranging from the age one can legally buy tobacco products to when one might be incarcerated without the possibility of parole. And given that policymakers are now paying close attention to the science, developmental neuroscientists suggest it’s time we reconsider the concept of maturity when it comes to the brain.

Historically, US society has considered one’s 18th year to be the end of adolescence—and the doorway to official adulthood. It’s about the time when most finish secondary schooling, as well as the average age when one concludes physical body growth on the outside.

Certainly, adolescence itself is a time of great change in the brain. Martha Denckla, DABI member and director of developmental cognitive neurology at the Kennedy Krieger Institute at Johns Hopkins University, says that many important processes occur during the teen years to help facilitate vital neural circuits. Those processes include the reduction of cortical gray matter; shifts in intrinsic patterns of connectivity; myelination of critical circuits; and changes to metabolic activity, hormone levels, receptor density, and neurotransmitter levels. Some of these changes occur before the age of 18—others do not resolve until long after.

“We see that motor control, meaning the myelination of the motor pathways, occurs around 15 on average. Then the dorsolateral prefrontal cortex, responsible for cognitive control and executive function, is pretty much myelinated by 25,” she says. “But then you start talking about emotions—and everyone realizes the impact of emotions on cognitive control. They can change how much control you have. So, when you look at the medial and orbital surfaces of the frontal lobe, which some call the ‘social’ brain, the mean age of myelination of those connections between the limbic system and those frontal areas is about 32. That’s a far cry from 18.”

Context matters—and it matters a lot. Allan Reiss, a pediatric psychiatrist at Stanford University and DABI member, says the evidence shows that 18, neurobiologically speaking, is quite an arbitrary number, especially now that we understand the brain changes in response to environment, at age 18 or 82. Consequently, there is a discrepancy between being a legal adult and a biological one.

“The brain is always in somewhat of a dynamic state. There are certain developmental periods where it’s more dynamic than others, such as the teenage years and young adulthood,” he says. “But you can’t say it gets to a certain point and is mature. The brain continues to mature in different ways throughout your life. And whether a brain is mature, or finished with those dynamic states of development you see in adolescence, may not be the right question—especially if we are considering society and public policy. Perhaps we should be asking a different question, which is, ‘What is the average age at which human beings are likely to make rational decisions about important events in their lives?’” And the answer is going to be, ‘It depends.’ It depends on the person, the kind of decision you are trying to make, and what’s happening around you when you are trying to make that decision. Context is important. All those factors play a role and influence how well you can make those decisions.”

While most hold 18 as the age of maturity in the US, Sarah Bryer, executive director of the National Juvenile Justice Network, says that the standard for adulthood varies from state to state, and policy to policy.

She offers that juvenile courts have only existed since 1899 in the US. Throughout the last century, the justice system’s treatment of children was informed by existing, and she says “sometimes puritanical” beliefs about childhood development. But evolving psychological research on the nature of childhood and adolescence has helped shift the tenor of these courts. Yet, until recently, modern brain science studies didn’t have much influence on how minors were considered by law and public policy mandates.

Nathalie Gilfoyle, former general counsel for the American Psychological Association (APA), says that neuroscience came to the forefront in legal proceedings with the landmark Supreme Court case, Roper v. Simmons, a case that determined capital punishment was unconstitutional for offenders under the age of 18. That decision was made, she says, due to the converging evidence suggesting that executive control does not fully develop until the mid-20’s.

But what to do with those findings within the legal and public policy spheres is somewhat of a conundrum. Gilfoyle says that the body of research that helped sway the court in Roper v. Simmons now also has been deemed relevant in cases regarding competence to stand trial, waive Miranda rights, and assist counsel in legal proceedings—often pushing up ages in some states and jurisdictions to 18 years. But these findings have been contrasted with other cases involving juvenile decision-making like Hodgson v. Minnesota, a 1990 Supreme Court case about parental notification and abortion.

“In Hodgson, the APA took the position that parental notification was not a necessary component for those under 18 seeking an abortion. By citing research about cognitive decision-making, the APA noted that teenagers were mature enough to make medical decisions on their own, in consultation with medical advisors,” she explains. “In his dissent in Roper v. Simmons, Justice [Antonin] Scalia took the position that there was an inconsistency between our positions in Hodgson and Roper. He called it a flip flop. But there is a significant difference between cognitive development research that is relevant to medical decision-making and the social science research related to bad decisions by juvenile criminal defendants and the ability to predict adult character.”

This is why we might do better to stop using the term maturity altogether when we’re discussing brain development, says B.J. Casey, DABI member and director of the Fundamentals of the Adolescent Brain (FAB) Lab at Yale University.

“By using this term of maturity, we’re setting ourselves up. We seem to be saying that there’s one single point in time at which we’re able to do everything well,” she says. “Even if the brain isn’t fully mature, people can still make good decisions. Part of the problem with how to apply brain research is that the results are often oversimplified, which is why some people might call something like this a ‘flip flop.’ But the truth is there are some situations where teens make good decisions and others in which they don’t. And it’s important that we better understand them so we can make effective policy decisions without it sounding like we’re trying to use the data one way or the other.”

So how can science be used to benefit the greater whole of society, and encourage adolescents to become productive and, yes, mature members of society? The key, Casey says, is for scientists and lawmakers to work closely together to ensure findings are interpreted and applied accurately. Richard Bonnie, director of the Institute of Law, Psychiatry, and Public Policy at the University of Virginia, says that using the science to direct policy isn’t an impossibility—and it doesn’t have to be complicated once you disconnect from the idea that there is a single age of maturity. He argues there is “too much distance” between what we now understand about the neurobiological nature of brain development and our current set of age-governed laws and public policies.

“Even when we hold young people responsible for their behavior, quite often they are subjected to a punishment that focuses more on the offense rather than their abilities and characteristics,” he says. For example, in many cases, a charge of murder makes it more likely that a teen will be tried as an adult—despite the particulars of the crime or the perpetrator’s background. Because of this, Bonnie argues, what we’re learning about the science of neurodevelopment has strong potential implications regarding our policies on punishment—and how we might do better to reform the criminal justice system to balance the need to protect society and rehabilitate youthful offenders. He says that it pays to consider both cognitive capacities and circumstances—but it still is important to hold individuals under 18 accountable for their behavior.

“Accountability is important developmentally, too—part of successful development is learning to take responsibility for your behavior—so that also needs to be considered,” he says. “We have an opportunity to use the science to figure out how we can best help offending individuals become productive members of society.”

Bryer agrees—and hopes what we are learning about brain development will help reform the juvenile justice system away from punishment and toward more rehabilitation-oriented policies.

“The research around brain development has been important to help policy makers think through what outcomes they are trying to actually achieve within the system,” she says. “It opens up so many avenues of policy and reform. It changes how we think about connections—not just those in the brain, but those to the family, to the community, and around education. It helps us rethink, if young people are incarcerated in a facility, what should that facility look like? How can we provide the support they need to ultimately be successful? We need to figure these things out so we’re not wasting money or opportunities to help improve society overall.”